What Are Visual Basic Interfaces?

There are a few differences between interfaces and classes. These are as follows: 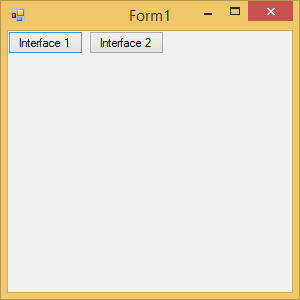 You will be creating two very small interfaces and implement each interface in a different class. Add a new class and name it Interface1. Replace the Class definition and add the following code:

This creates an Interface named Interface1. Interface1 contains the signature for one Sub procedure. This sub procedure is named Interface1_Sub_1. Now, you need to make use of this interface. Add another class to your project and leave the default name (or, if you do rename it, please remember that when we refer to this class a bit later). Add the following code to your class:

The Class implements Interface1 and so does the Class’s sub procedure named Class1_Sub_1.

Repeat the preceding steps to add another interface named Interface2 and another class that implements Interface2. The code for both is shown next:

This is the same principle as Interface1 and Class1, expect that Interface2 exposes a property instead of an ordinary sub. The property inside the second class should also still implement the Interface.

Add the following code behind the button labelled ‘Interface1’ on your Form:

Once run, your program will produce a simple MessageBox. Add the following code behind the button labeled ‘Interface 2’:

Here, you have manipulated the Interface property inside Class2 to be 25 and shown inside the resulting MessageBox.

As mentioned earlier, you can add and implement Interface Events as well. Here is an example of such an Interface:

Please feel free to download the zip file named “Interface_Ex” for your use in completing this project.

Interfaces are extremely important in Object-Oriented Programming and using them productively can save you tons of work. I hope you have benefited from this article.