What Are Universal Apps?

Welcome to today’s article. Today, I will introduce Universal Apps and how to get started with them.

Before digging into Universal Apps, you first have to download the latest Visual Studio version. You may also want to read this article of mine about the caveats I encountered whilst installing Visual Studio 2015. 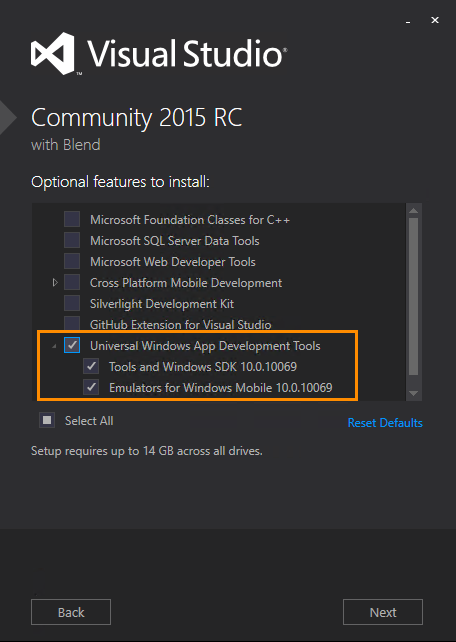 Once installed, you will find the option for a Universal App under either C# or the VB Menu under the Windows Universal menu option. Your new solution will be displayed and it will resemble the same look and feel as creating a Windows Store app.

You could set the preferred Window size, as shown in Figure 2: 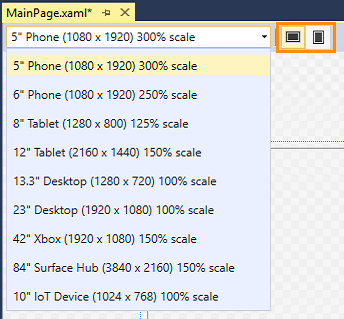 Use design states in your XAML to specify how controls should appear, based on things like the orientation of the device. More information regarding Design States can be found here.

To run your Universal App, simply choose the target from the drop-down list next to the Local Machine button on the Standard toolbar.

In case you do not know what a Simulator or Emulator is, have a read through these:

Any app you write will be able to run on any platform because all the APIs have been converged into a single Windows Universal SDK. Sometimes, though, you might want to write code that runs on only on a mobile device. To do that, open Reference Manager, and then choose either the Microsoft Desktop Extension SDK for Universal App Platform or Microsoft Mobile Extension SDK for Universal App Platform.

When you need more than adaptive controls and design states to achieve a nicely tailored experience, you can create device-specific views for each of your pages; they are not separate pages because they share the same code behind file.

As with device states, Visual Studio 2015 RC does not yet contain features that help you create these, but you can add them to your projects manually.

If you have a Universal 8.1 app—whether it’s targeting Windows 8.1, Windows Phone 8.1, or both—you’ll find that your source code and skills will port smoothly to Windows 10. With Windows 10, you can create a Universal Windows Platform (UWP) app, which is a single app package that your customers can install onto every kind of device.

While porting, you’ll find that Windows 10 shares the majority of APIs with the previous platforms, as well as XAML markup, UI framework, and tooling, and you’ll find it all quite familiar.

Have a read through here for further information on porting your existing Windows 8.1 apps to Windows 10.

Windows 8.1 introduced Universal Windows 8 apps, which allowed you to develop apps that target both Windows and Windows Phone from a shared codebase. Windows 10, on the other hand, introduces UWP apps and the Universal Windows Platform (UWP), which provide a guaranteed core API layer across devices.

For a step-by-step guide, read the linked article.

A device family identifies the system characteristics, APIs, and behaviors that you can expect across devices within the device family. It also determines the set of devices on which your app can be installed from the Store.

A UWP app can run on many different kinds of devices that have different forms of input, screen resolutions, DPI density, and other unique characteristics. Windows 10 provides new universal controls, layout panels, and tooling to help you adapt your UI to the devices your app may run on.

Enabling Your Devices for Development

Although I have covered only the tip of the iceberg here, this is enough to get you started on developing Universal Apps. Until next time, have fun exploring the world of Universal Apps.