What Is Key Logging?

Key logging, also known as keystroke logging or keyboard capturing, is the action of covertly recording the keys struck on a keyboard. Keylogging is also used to study human to computer interaction. Keyloggers also can be used to troubleshoot technical problems with computers and monitor network usage.

Software-based keyloggers are computer programs designed to work on the target computer’s software. These fall into several categories:

These fall into several categories:

Now that we know what types of keyloggers there are and how they work, you need to learn about the Windows API that I will use to demonstrate creating a very basic keylogger in Visual Basic.NET.

Whenever possible, you should use managed code from the .NET Framework to perform tasks instead of Windows API calls. The advantage of using Windows APIs in your code is that they can save development time because they contain dozens of useful functions that are already written and waiting to be used.

You can access the Windows API in Visual Basic.NET in two ways:

You can find more info on APIs here.

Create a new Visual Basic Windows Forms project. You may name it anything you desire. Once the project has been created, add a Multiline TextBox and a Timer to your Form. You can Enable the timer and set the interval to a relatively low amount. 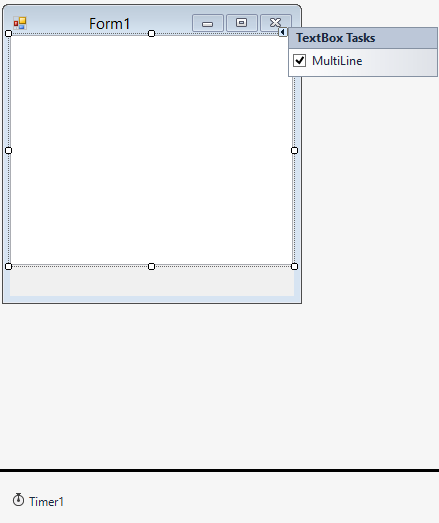 The object of this project is to open Notepad and take whatever is typed inside the TextBox and put it inside Notepad.

The InteropServices Namespace enables us to work with Windows APIs. Add the following variables:

The GetAsyncKeyState API determines whether a key is up or down at the time the function is called. Add the following code for the Form_Load event:

This code launches Notepad upon Form_Load. Add the code for the timer’s Tick event:

Figure 2: Our program in action

Please download the accompanying zip file. It contains the file needed to pursue this project.

Keyloggers can be used for good purposes. Knowing the basics of how they are made can help set up proper security measures.