Isn’t it amazing how the Internet has changed our way of communication? Imagine your life without email, or even Whatsapp. The Internet is, however, much larger than many people realize. Thanks to protocols, any communication on any platform is possible. Today, you will learn about UDP and see how to create an application to use it to communicate properly. Before jumping into the application, it is worth reviewing a few of the common communication protocols.

A Protocol, or rather a Communication Protocol, is a set of rules that enables two or more entities to transmit information to one another. Some of the most common Protocols are:

In this article, I’m going to show you how to create a Visual Basic UDP program. Actually, I’ll show you how to make two communication programs! One app will serve as a sender of the UDP messages, and the other one will serve as the receiver of the sent UDP datagrams. This will be done by creating two Console Applications.

Following is an example of what our two programs will accomplish. 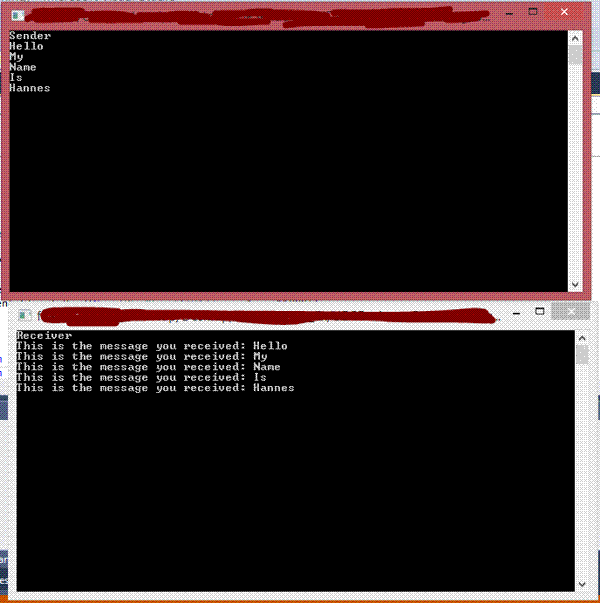 This application will be used to send pieces of information via UDP. Add the following Imports statements to your UDP Sender application:

We will be working with the Sockets class inside the .NET namespace and do some text manipulation through the System.Text class. Add the following code:

I created a new UdpClient object, connected to the localhost, and specified a port I would like to communicate over. It is very important that you remember the port number on your receiving client as well; otherwise, you will not be able to communicate through the port with it. Localhost is the local computer.

I then start formulating a message to be sent. In this case, the message that will be sent will be entered by the user. I encode the entered text as ASCII as we will be dealing with plain text with no special characters. As Enter is pressed in the command window, the message will be sent to the receiver that we will create now.

This application will be used to receive the messages through UDP. Add the following Imports to your application:

The only addition here is the inclusion of the System.Net namespace. It is included in here because we will be creating IPEndPoints. Add the receiving code to your application:

I connect to the same port as the Sender’s and then Bind it to an address. The receive method gets called to receive the message and displays it to the user.

You should be running both programs at once to see the communication in action.

I am attaching the samples here for you.

Using UDP for intercompany communication is quick and easy. Until next time, cheers!