As the need for Machine Learning (ML) and AI increases on a seemingly daily basis, we need enough languages and tools to aid developers in the software development process. There are so many roads and avenues to follow when you start programming for Machine Learning, but you have to remember that it is not simply a language that you learn. Machine Learning is quite complex, so to start, here are few links to get you started with the basics if you are unfamiliar with ML development:

What is Probabilistic Programming (PP)?

Probabilistic reasoning has been around for quite a while and has been used for Probabilistic tasks such as predicting stock prices, recommending movies, and image detection. The problem, however, was that because of limited computing power, probabilistic programming was limited in scope, and inference algorithms for tasks had to be written manually.

What is the Infer.NET Framework?

The development of the Infer.NET framework started in 2004 and was released for academic use in 2008, then released as open source in 2018. Infer.NET is a framework for running Bayesian inference in graphical models. In addition:

Infer.NET can be used with .NET languages such as C++, C#, F#, Visual Basic, and IronPython. It simplifies processes necessary to implement probabilistic programming because of the following features:

How to Create an Infer# Project 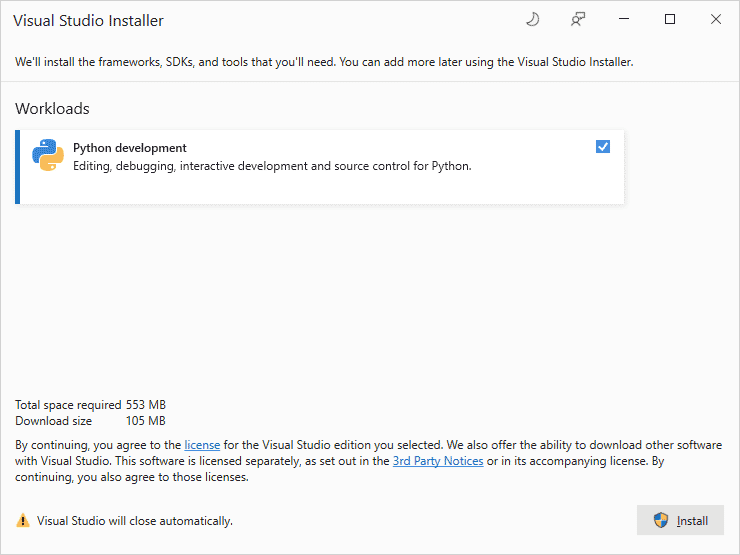 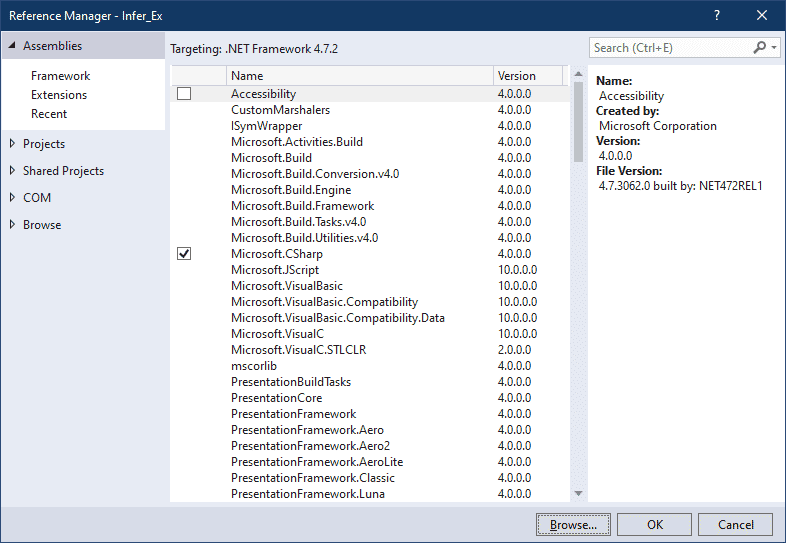 Browse to the following location:

Or, you can also add a reference to Microsoft.ML.Probabilistic.Compiler through NuGet Package Manager. To do this, follow these steps: 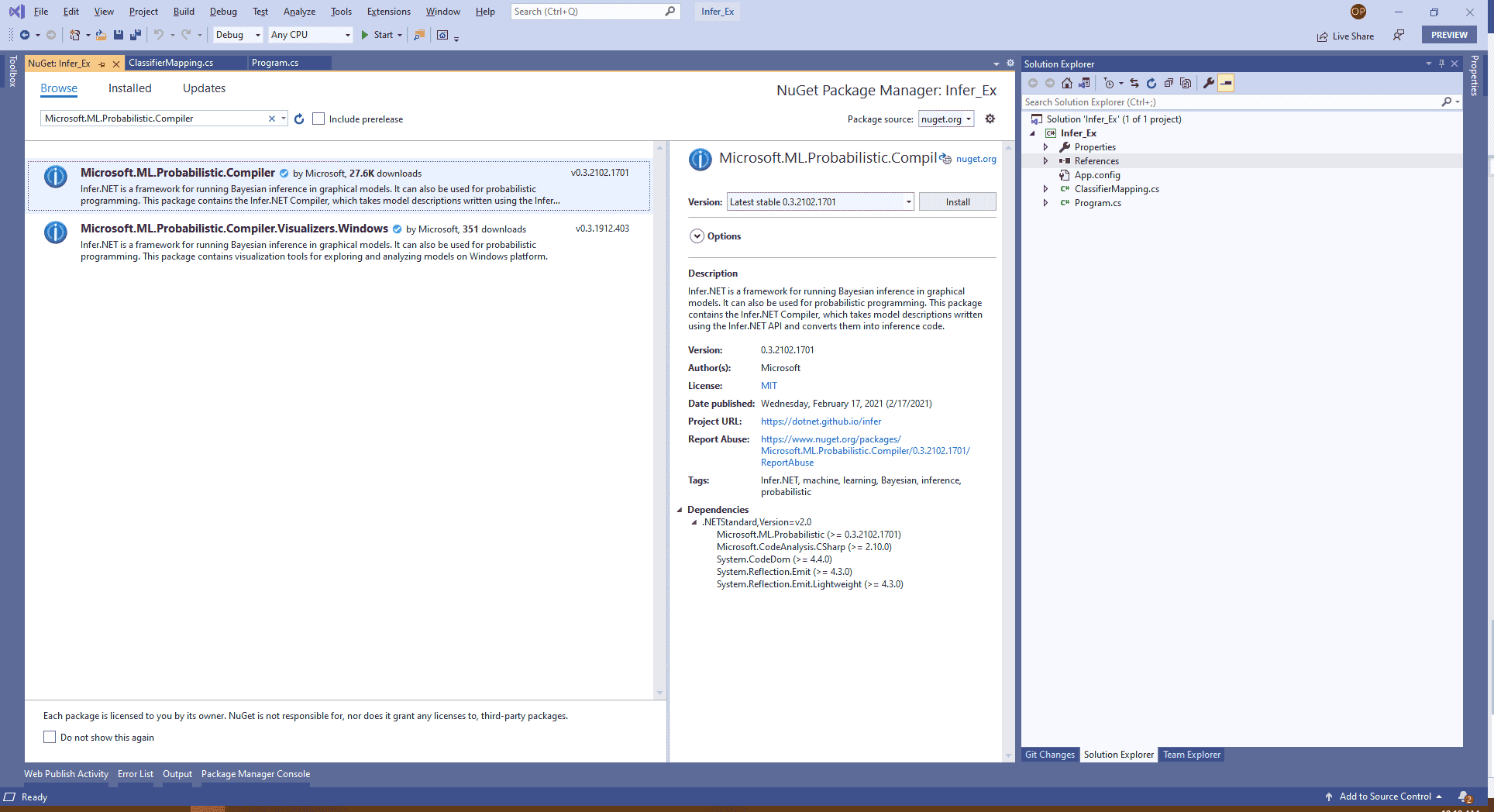 Add the following Namespaces to your Program.cs file:

Edit the Main method to look like the following:

The code is loosely based on the example found here.