Quantum mechanics explains the behavior of matter (any substance that has mass and takes up space by having volume) and its interactions with energy on the scale of atoms and subatomic particles.

An atom is the smallest unit (100 picometers—ten-billionth of a meter) of ordinary matter that has the properties of a chemical element. Every liquid, solid, plasma, and gas is composed of ionized atoms.

A quantum bit (or qubit) is a two-state quantum-mechanical system, similar to a photon, where the two states are horizontal polarization and vertical polarization. This means that a qubit can be in a superposition of both states at the same time.

Q# (Q-sharp) is a programming language used for expressing quantum algorithms. Q# is used for writing sub-programs that execute on a quantum processor. Q# contains a very small set of primitive types and arrays and tuples. Q# contains loops and if/then statements. Please visit the following links for more information on these topics:

Getting Started with the Microsoft Quantum Development Kit

Navigate to the Microsoft Quantum Development Kit link, and click the Download Now button, as shown in Figure 1. 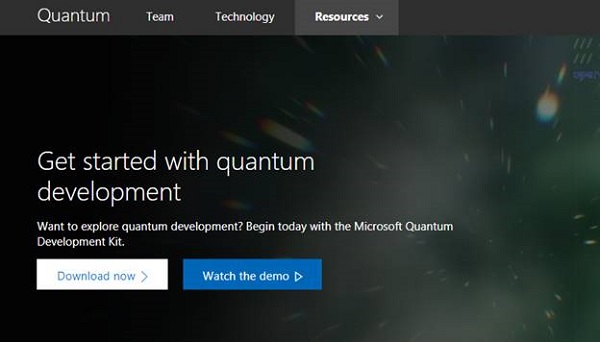 Figure 1: Get started with Quantum development

You will be taken to a Registration page, where you must fill in your details. After you have filled in all your details, click “Download Now.” 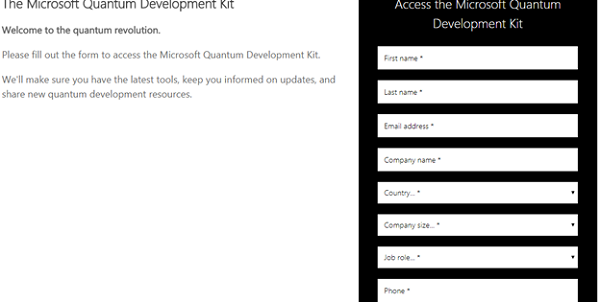 You then will be taken to the Visual Studio Marketplace where you can finally download your Microsoft Quantum Development Kit. 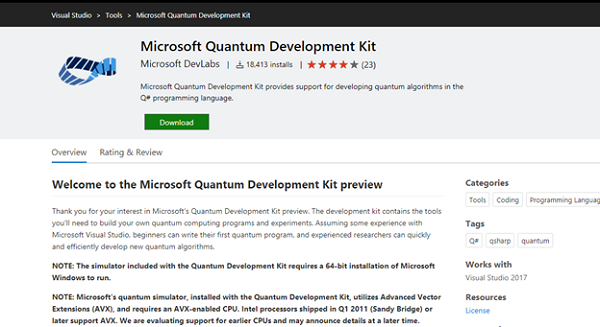 You also can open Visual Studio 2017 and install the Microsoft Quantum Developer Kit from there. Click File, New, Project and simply search for quantum as shown next: 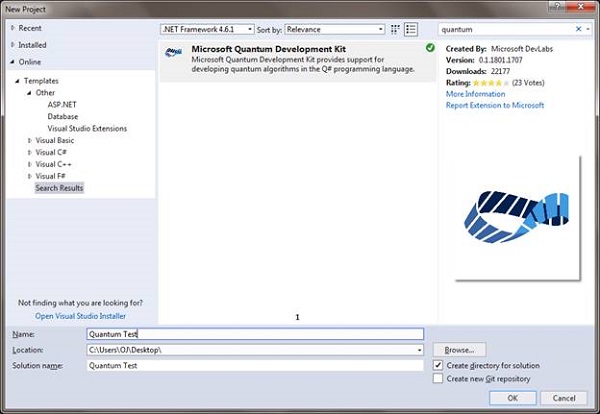 You will be provided with a VSIX template file, which you should install. 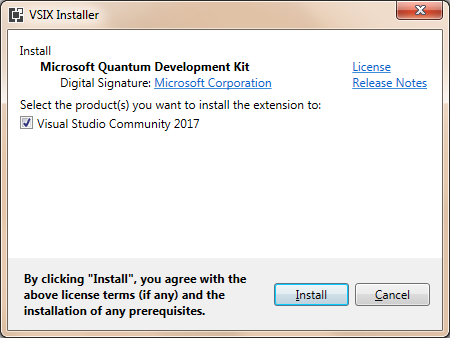 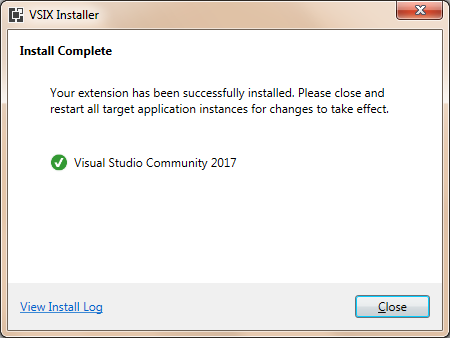 To get samples and libraries for Q#, you need to visit GitHub. 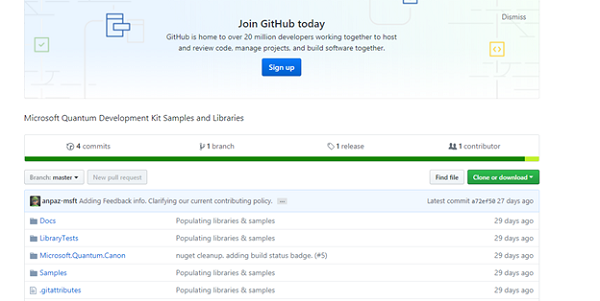 You will be able to download a huge library, which is ready to run and explore. 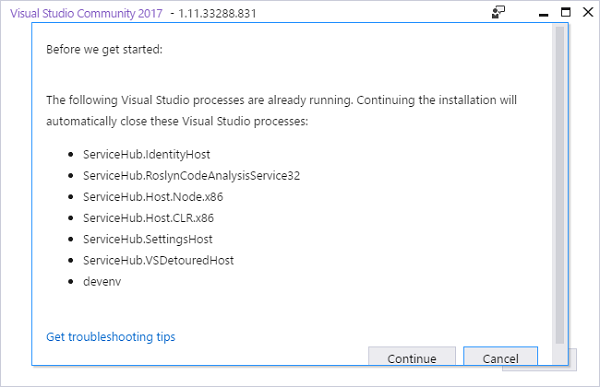 Time for a little sample project. This project is loosely based on this one.

Open Visual Studio. Click File, New, Project. Select C# as the language and navigate to Q# Application in the list of given options. 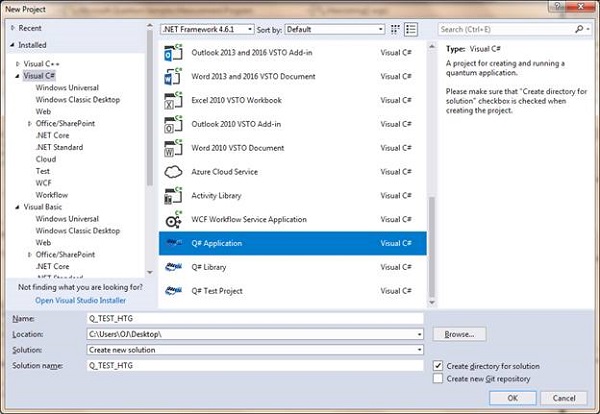 Once you click OK and your project is loaded, you will enter the world of Quantum computing. Your Solution Explorer will look like the following: 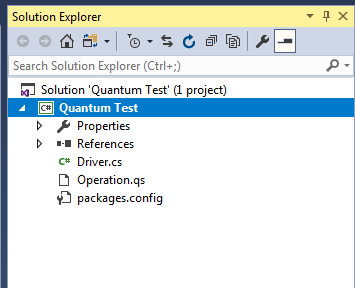 The Solution Explorer contains two code files. Operation.qs is your Q# file which will handle all your Q# commands and operations. You may rename the file to anything you like. Driver.cs, which is quite aptly named, is your C# file that will act as a host for your Q# program.

Your Driver.cs file and Operation.qs files look like the following upon opening: 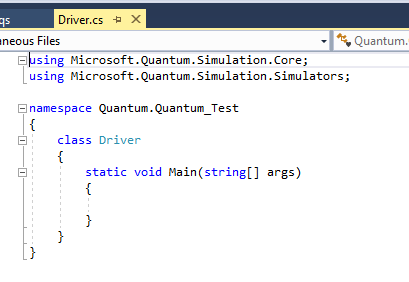 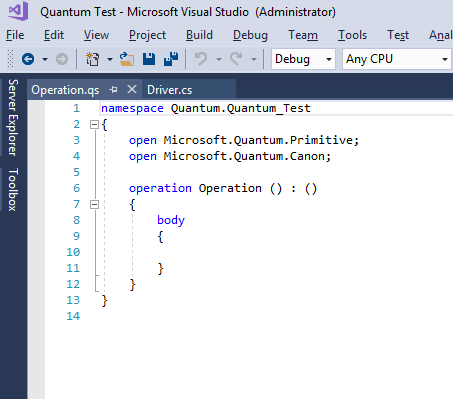 You will notice the Quantum namespaces included into your C# Driver file. A Q# program’s coding consists mainly of operations. A Q# Operation is the equivalent of a C# function. Let’s add some code! Open your Quantum file and replace the Q# Operation named Operation with the following:

The above code creates the Entanglement for the Qubit Bell State.

Add the following C# code into the Driver.cs file:

First, you instantiate the simulator. You create a Result object that will identify each Qubit’s value and loop through them to display them. 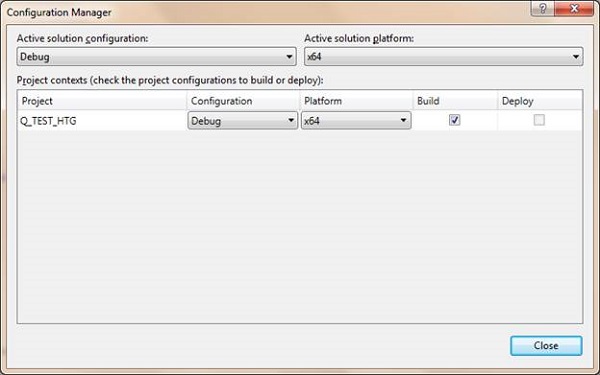 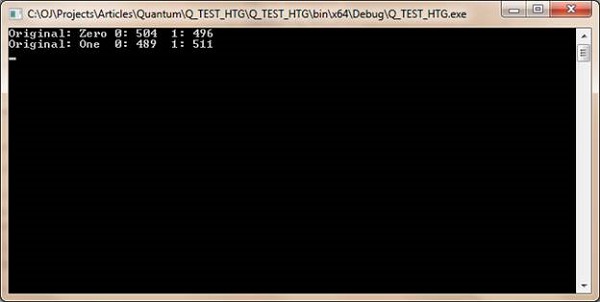 Code for this article is available on GitHub.

Microsoft keeps raising the bar with technology. Q# opens up so many possibilities. The future is now.