Writing database unit test cases are complimentary to the software development life cycle created by software developers. A developer can write unit tests cases to evaluate the success or failure of database design changes and check the results of stored procedures and functions. Unit test cases can ensure any changes applied on the database are as expected and do not introduce new errors. Unit tests, in addition, serve as documentation for users of the methods under test. Developers quickly can review unit tests to determine exactly how a particular database object should be consumed. By developing database unit tests, developers can create a collection of tests and run them during development to make sure all features work as expected.

Visual Studio’s database project type can perform unit testing against stored procedures to test expected output and behavior of your SQL scripts. An existing database SQL database can be imported into Visual Studio or new SQL script files defining schema, tables, and procedures can be written and imported into the solution. In this article, I will demonstrate how to set up unit tests using an existing database and by using new, custom SQL scripts.

Set Up Database and Create Scripts 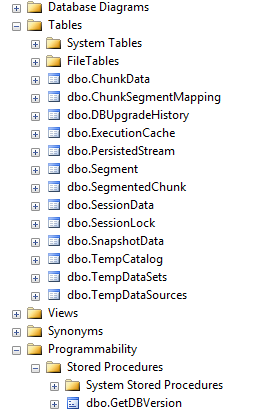 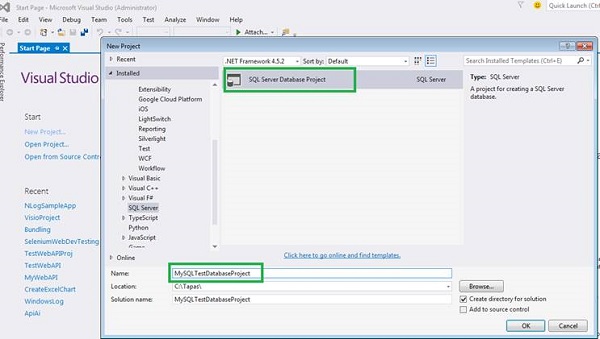 Import the Database in the Visual Studio Database Project 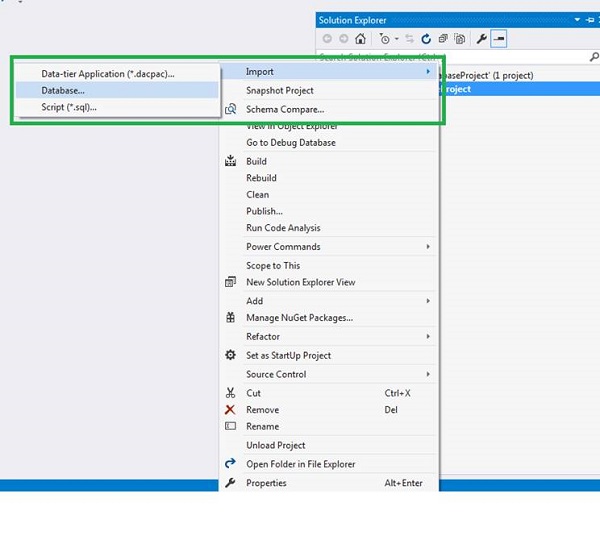 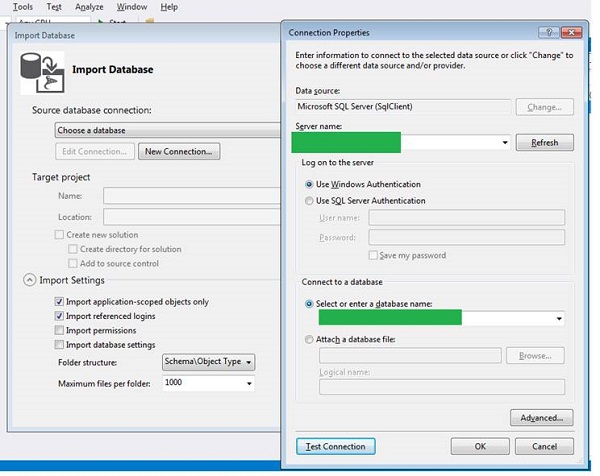 During import, select the import settings, as mentioned in Figure 5. 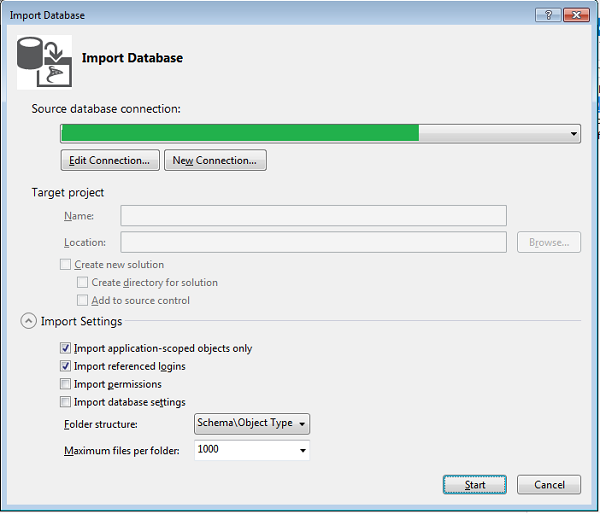 A summary will be displayed once the database schema has been imported. As per Figure 6, no issues or conflicts were encountered during the import. 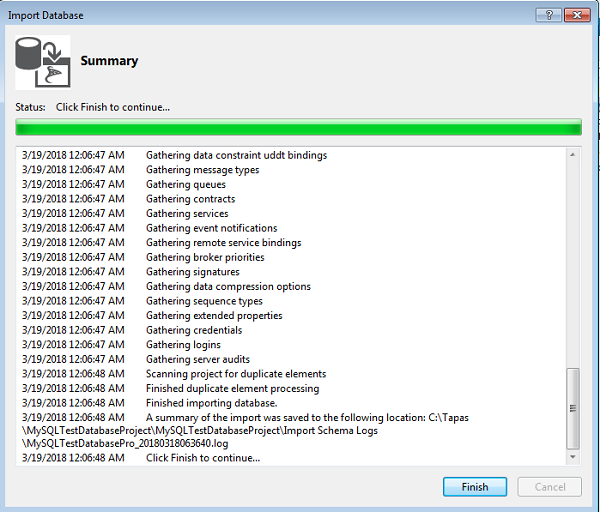 Now, open the Solution Explorer from Visual Studio. You will see the database schema with all database objects are imported into the Visual Studio database project (see Figure 7). 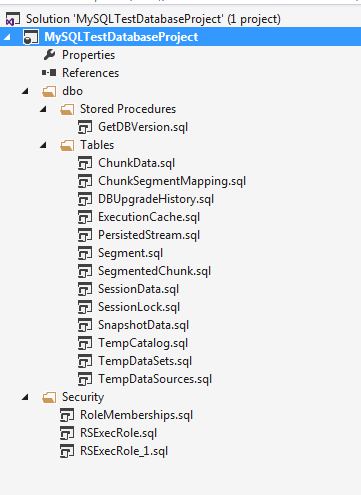 We now are all set to create unit test scripts. Open the SQL Server Object Explorer pane from within Visual Studio. You will find that option in view menu, as you can see in Figure 8. 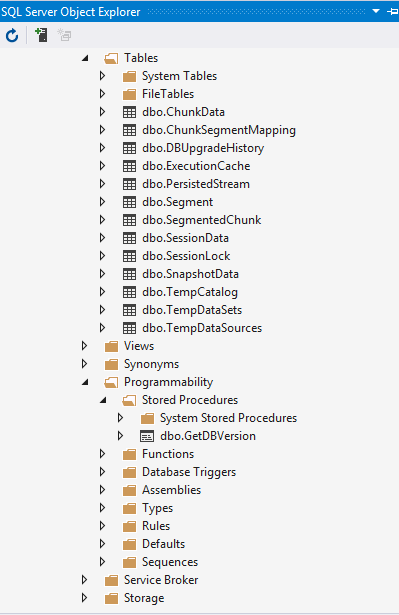 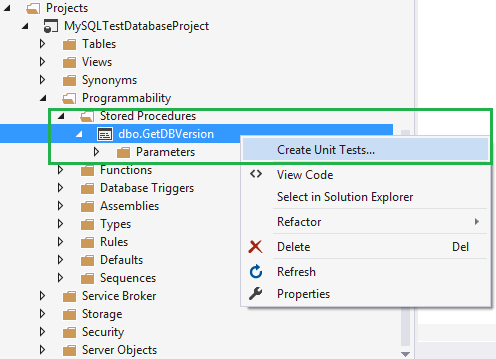 Next, select the C# project created earlier and enter a name for the new Unit Tests project (see Figure 11) and give the test class a name. Click OK. 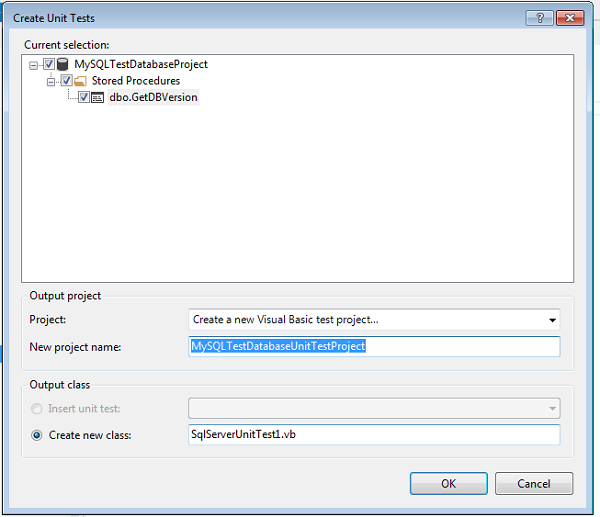 In the next step, you have to associate a database for the tests to run against. Select the database name you have imported in the previous step from the drop-down, as shown in Figure 12, and click OK. 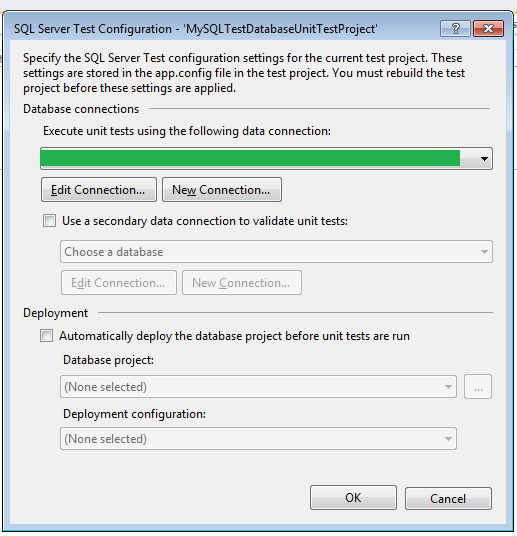 A code editor tab will open; from it, you can create your assertion tests against the stored procedure you have selected (see Figure 13). At the bottom, you will see the tests. By default, there is an inconclusive test. Delete this test by clicking the red X.

In the Test Type selection drop-down, you will find different options, as you can see from Figure 14. You have to create a pre-test condition to execute a test case before your actual unit test case runs.

Now, we will create a few tests for this procedure to determine a count of the number of rows returned, verify that no empty result set is returned, test a result set [row, column] value, and perform a checksum on the result set returned (see Figure 15). All these options are available in the Test condition drop-down. You have to select the appropriate condition, click the plus sign, right-click the assertion, and select properties.

After adding the test conditions, open the Test Explorer to run the test. You will find the Test explorer option in the Visual Studio Test menu, as shown in Figure 16.

The test will fail or pass. Check the stored procedure logic or modify the test case depending on the error you are getting after execution as you see in Figure 18.

A developer should understand the importance of unit test cases. My suggestion to all database developers is to implement an advanced and cost-effective database unit testing framework that can help your team in early bug detection.