There are quite a few performance improvements in ASP.NET Core. In today’s ASP.NET tutorial, we will take a look at the majority of those updates, learn how they affect .NET developers, and preview some ASP.NET example code.

The following updates are specific to ASP.NET Core 6, unless otherwise noted. We will continue to provide updates here as they become available.

When performing Interop with JavaScript, developers had to, in the past, send and receive the byte arrays in Blazor as Base64 encoded for JSON serialization. This increased not only the transfer size, but the CPU load as well, resulting in performance issues.

Blazor now includes optimized support for byte arrays without the need of using Base64 decoding and encoding. Programmers can now work with the byte array transparently with the use of JavaScript’s Uint8Array. A small example follows:

EF Core made some huge improvements in 6.0. These improvements came from improving object pooling, checking if telemetry is enabled, and adding an option to opt out of thread safety checks when you know your app uses DbContext safely. Microsoft claims that query execution is now 31% faster. 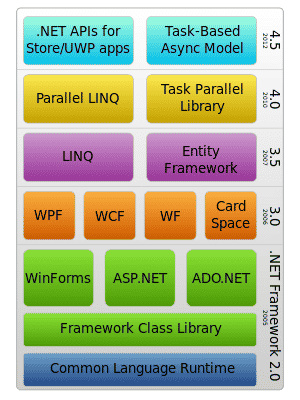 Changes to reducing the amount of memory used in ASP.NET Core 6 include the following:

.NET Core 6 was released in early November of 2021. It featured updates to a wide array of features and functionalities for not only ASP.NET and the .NET Framework, but also to programming languages like C# 10 and F# 6. New APIs were also introduced, including APIs for JSON processing, mathematical functions, and HTTP/3 to name but a few.

Visual Basic also saw some improvements in developer experience for Visual Studio and, specifically, the Windows Forms project. JavaScript users were also affected, as Blazor components are now renderable from JS apps. The changes in .NET 6 – which are too many to detail here – are all covered as part of a Long-term Support (LTS) release, which promises support for the next three years on all of the major operating systems, including macOS, Windows, and Linux. You can learn more about the major changes to .NET 6 by visiting Microsoft’s .NET 6 announcement.

Additionally, you can get a more detailed breakdown of ASP.NET Core 6 performance enhancements by visiting the Microsoft DevBlogs.