I attend Microsoft’s Tech Ed conference in New Orleans this week. This is Microsoft’s conference that is primarily aimed at IT Pros, but includes quite a bit of developer content as well. If you want to know what is currently happening at Microsoft with their products, this is the show to attend. I was told, unofficially and unsubstantiated that about 9,500 people are attending this year’s show.

This year’s show seemed to be a bit scaled back in that there is only one keynote session. In this keynote session lead by Brad Anderson, there were a few announcements and the standard demos. While most was again IT Pro focused, there were a few comments dropped for developers. Of course, these were limited most likely to avoid taking any of the steam from the Microsoft Build Conference that is in three weeks in San Francisco.

The most interesting thing stated in the keynote specifically for developers was that there will be a Visual Studio 2013. This will be a version change instead of just an update or service pack release. Preview bits for this should be released at Microsoft Build the end of this month. This makes sense based on knowing that the Windows 8.1 Preview is expected then too. It is expected around June 26th.

There was a lot of additional information presented at Tech Ed. Since most is not really specific to developer, I’ll simply present a few completely random tidbits that you might find interesting:

Another Windows 8 enhancement is the addition of Mira cast wireless display support as well as support for using NFC for device pairing.

Obviously there was a lot more than this, however, there was not really any topics that seemed to push this highly geeky crowd into an excited level beyond getting a good deal on buying a Surface.

Over the coming week, I’ll blog about some of the other tidbits. In the interim, I’ll keep my attention on Build the end of the month. That should be when developers get the good information! 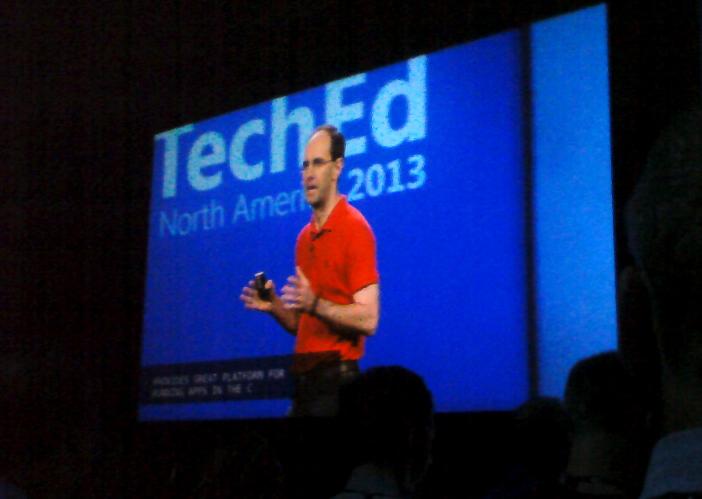 Read more
Previous articleReal-Time Web Enablement with SignalR in .Net (Part II)
Next articleMicrosoft Unveils the Xbox One new Month and will Invest over $1 Billion in Game Development Alone