Visual Studio Gets Crazy: Welcome to the Mac and Linux

Microsoft has been slowly working to expand the developer community involved and using their developer projects. This started with open sourcing a variety of their products, but doesn’t end there.

Some of the core language and programming features have been their targets. C# started as a standardized language and, as a result, Mono and others have used it to create implementations that went beyond what Microsoft was doing. More recently, Microsoft shifted their ASP.NET technology to open source as well. ASP.NET continues to evolve under the new approach with ASP.NET 5 now being available on GitHub as a release candidate. You can get it as a part of Visual Studio 2015, which (as of today) is also available as a release candidate.

Microsoft has opened up a number of their developer technologies via open source. This includes the .NET Core, the compiler (“Rosyln”), Entity Framework 6, MSBuild, and much more. You can find a list of all the various open projects on the .NET Foundation site.

Some of the big news included the availability of .NET Core for both Linux and the Mac OS. .NET Core previews are available now for both from Microsoft. While this is great, Microsoft did not stop there. Microsoft has also released a new Code optimized editor that includes Intellisense, debugging capabilities, GIT and much more. This new tool is called Visual Studio Code and is available on not only Windows, but also the Mac and Linux. While Visual Studio Code is expected to be a light version of Visual Studio, it has been made available for free, and the preview can be downloaded from https://code.visualstudio.com/Download. 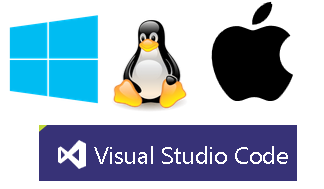