The Differences between Virtual Reality, Augmented Reality, and Mixed Reality

All three terms involve seeing images that are not real, but rather that are virtual. How the three terms differ is in how you interact with the virtual elements. 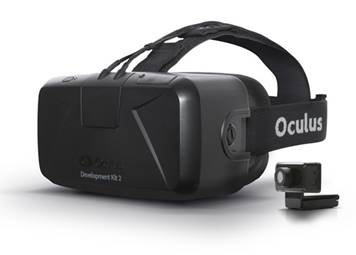 Virtual Reality (VR) has been discussed by the most people the longest. It is the most immersive. Virtual Reality involves totally immersing yourself into a virtual world where everything you see is computer generated. VR has been around for several decades, although the quality of the experience has drastically improved in recent years. Although there have been devices like VirtualBoy and CyberMaxx that have attempted to provide pseudo-virtual worlds, today’s devices, such as Oculus Rift and HTC Vive, provide a much more engaging VR experience. When you put on these VR head mounted displays (HMDs), the outside world is completely blocked and you are looking into a fully computer generated experience.

There are also a large number of devices that are available today in the VR space for a low-cost VR experience. A cell phone is required to drive the actual experience. These devices range from a Google cardboard solution for a couple of dollars to more expensive models. Many can be bought for ten to twenty dollars, and others can be a few hundred dollars. Like the Oculus and Vive, these devices block your view of the real world and provide a virtual experience on computer screens.

There are a number of cars today that have augmented reality built into their system. For example, GMC includes heads-up displays that shine onto the dashboard, providing the driver with additional information that helps augment their driving experience. This includes information such as the speed the vehicle is currently going. This virtual display of information overlays reality so that you gain additional information.

There are a number of mobile phone applications that also provide augmented reality. These can range from the city applications that let you point your phone down a city street and prompts on the screen will show you what various buildings are. 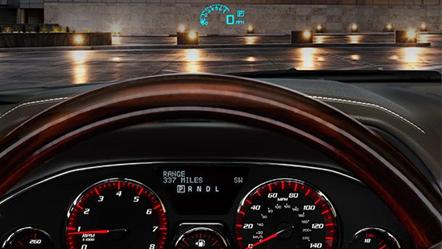 Mixed Reality is the newest of the terms. Even though Augmented Reality could be considered a form of Mixed Reality, true mixed reality is much greater. True Mixed Reality takes the augmented, virtually displayed information and adds it to the real world. These virtual additions can do more than simply augment what you are seeing or doing. Rather, they seem to become a part of the real world.

The two devices that are getting the most attention for Mixed Reality are Microsoft’s HoloLens and MagicLeap. Both of these devices are expected to take virtual holograms and overlay them on the real world. This is done by using head mounted devices that you can see through, but that also provide holographic or digital images.

These digital images in Mixed Reality systems differ from those presented in Augmented Reality systems because they can be positioned as well as interact with the real world. For example, a Mixed Reality system could place a video screen (aka TV) on a wall in your house. When you are looking at the wall with the MR device, you would see the television’s screen. The television screen would remain at the same location on the wall regardless of whether you turned your head or moved. Similarly, you could create a digital avatar or animal. This hologram would be able to interact with the real world. You could hold it in your hand, as shown in the Magicleap promotions with a tiny elephant. Similarly, in a mixed world game, you could battle graphical bad guys that interact with the real world. These virtual bad guys could hide behind real world furniture. If you were to play the game in a different room, there would be different furniture for the bad guys to hide behind.

The hardware for Virtual, Mixed, and Augmented Realities is going to hit the market hard this year. It will be interesting to see how it is applied to not only gaming, but also to home use and business. Many of the things that have been seen in the movies over the last decade can actually be done using these technologies. It will be interesting to see how developers tap into this hardware.

Some of the Core Devices Coming:

Here’s another video from last year for Magic Leap. This gives an example of Mixed Reality in the office: