When the Galileo board came out from Intel, people were excited because it meant an easier solution to developing in the Maker/IoT space with Microsoft tools and programming languages such as Visual Studio and C#. Although the Galileo is seen as a good board, its price was a lot higher than the Arduino and Raspberry Pis on the market. Now, with the release of the Raspberry Pi 2, a cheaper solution has entered the market for those who want a Maker device that runs a Microsoft operating system. In this case, for $35 you can get a Raspberry Pi 2 that will run Windows 10. 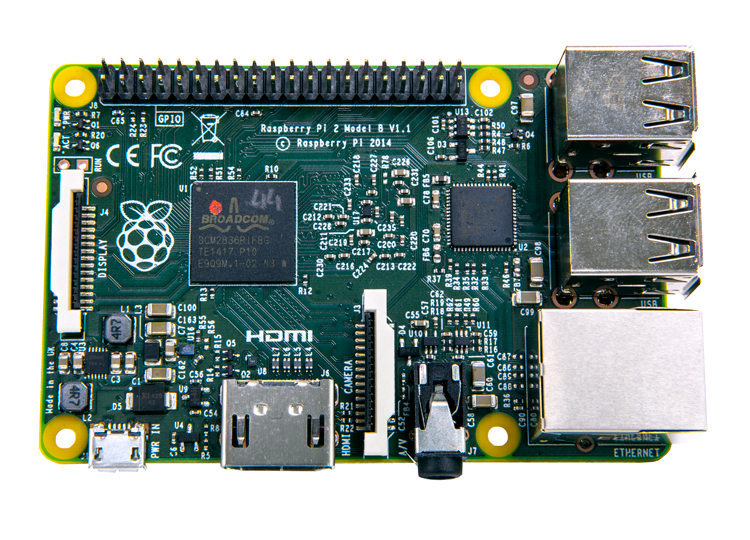 Many people argue that Linux is better because it is free. This argument falls flat with the Raspberry Pi 2 because Microsoft is delivering a version of Windows 10 that will be free to those that register for the Windows Developer Program for IoT.

So what do you get for $35 in the Raspberry Pi? For $35, you should not expect to be running Visual Studio on your board in any sort of usable manner, nor can you expect to be running hardcore enterprise apps. It is just a $35 board, after all. Having said that, it was not that long ago that a GB of RAM cost more than $35. The Pi 2 comes with a GB of RAM. It is powered by a quad-core ARM process running at 900 MHz. It also contains four USB ports, an HDMI connector, ether net port and a microSD slot. There is no built-in WiFi, but for $35 you can’t have everything.

With the bump up in power on the Pi 2, Windows becomes feasible. More specifically, Microsoft has a version they’ve been working on that is aimed at embedded devices as well as devices that are power and size constrained. Steve Taxiera had mentioned at TechEd last summer that Microsoft would release a Windows 10 Compact edition (“Athens”) for IoT and the Maker audience. This version is primed for the Raspberry Pi and is expected to bring the benefits expected of Windows including device support and more.

It will be interesting to see how Microsoft technologies continue to play in the IoT/Maker space. The options are starting to increase with first the Intel Galileo and now with the Raspberry Pi 2. If you want to keep up with what Microsoft is doing, I’m sure I’ll be writing more, plus you can check out their Developer Program for IoT.