Not all Developers Support Net Neutrality

We do regular polls on our forums asking about a variety of topics. Our most recent poll asked the simple question: Do you agree or disagree with Net Neutrality?

Overall a vast majority of those we polled agreed with it (63%) while only 4% said they were neutral towards the topic. Another 22% said they did not know what net neutrality was.

With a majority supporting the concept, it will be interesting to watch how this hot topic continues to evolve in the political world. It is already being twisted through the United States legal system. 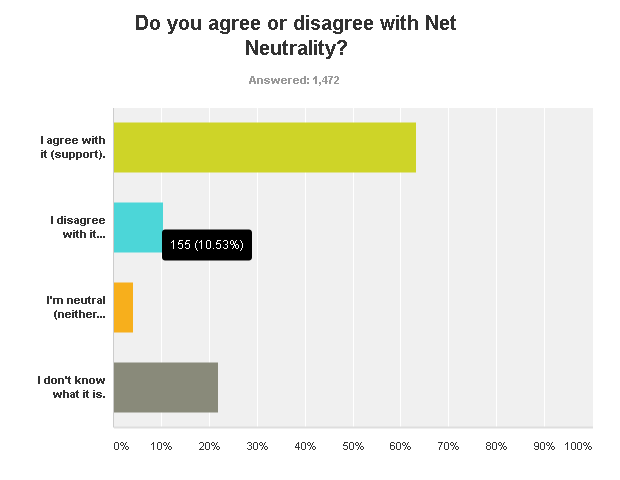