Microsoft did an online virtual event called Connect(); on the first day, they made a number of announcements about changes and updates coming out of Microsoft including new product releases and a change to the Visual Studio Editions. The short list of big announcements is:

Today Microsoft will be announcing and presenting on a number of other areas including Azure, .NET 2015 and managed languages, ASP.NET 5.0, multi-device development, ALM, C++ 11/14,vand more.

Related to the open source nature, the .NET Core server run-time and framework for Linux and Mac will be opens source by Microsoft as part of the .NET Foundation.

While it is obvious that .NET is going to Linux and the MacOs, one of the interesting side comments made regarding open source was that there is a rumor that some people are looking into porting it to Raspberry Pi!

As mentioned above, Visual Studio 2015 Preview and .NET 2015 Preview were released. These are previews of what is coming. You can get these at http://www.visualstudio.com/en-us/downloads/visual-studio-2015-downloads-vs. Note that these are previews, so there is no Go Live at this time.

This is just a few of the things that have been mentioned in the last 24 hours. There were lots of comments on WPF, Cordova, Xamarin, and so much more. Today there are expected to be a lot of additional great comments. Microsoft has been busy. 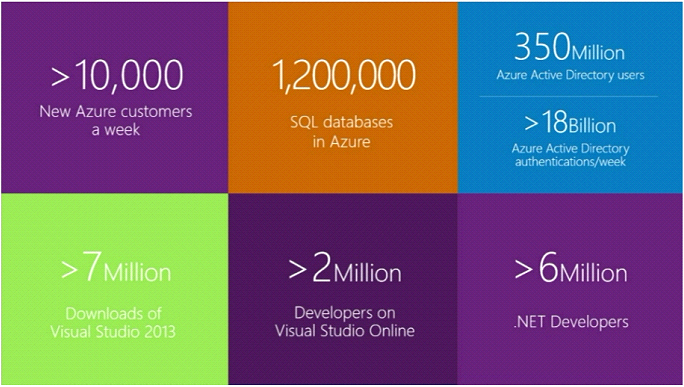