Get Your Hands on a Microsoft HoloLens Device

I had the privilege of trying a Microsoft HoloLens earlier this year at Microsoft Build. I was very impressed with the technology. It is a standalone Virtual Reality system that runs Windows 10. It allows you to create and interact with augmented reality using 3D holograms, spatial positioning, sound, and much more. Today, Microsoft announced that you will have a chance to get your hands on one of these in the first quarter of 2016.

The devices that will be made available in the first quarter of 2016 are for development purposes and will cost $3,000US. Right now, you can register to get on the list to be considered for a developer edition. You can do this at:

To be considered for a device, you need to register as a Windows Insider. You then need to fill out the above form, which will ask what your intent would be if you get a HoloLens in the developer program. You’ll also be notified that there is a limit of two devices and that the order in which they are provided to developers is not necessarily the order in which people apply. There are implications that they will start notifying people in the January time-frame for devices that quarter. The other restrictions are that the devices are Development Edition hardware and that English is the language used. The initial offerings are for people in the United States and Canada. Puerto Rico is included in the US.

The form you fill out is to get into the system to be considered when pre-orders start. It is not a pre-order, so you don’t need to provide any payment information. My assumption is that you’ll be able to pass should you decide later that you don’t want to spend the $3,000. I’m sure there will be others waiting should you decide to do so. 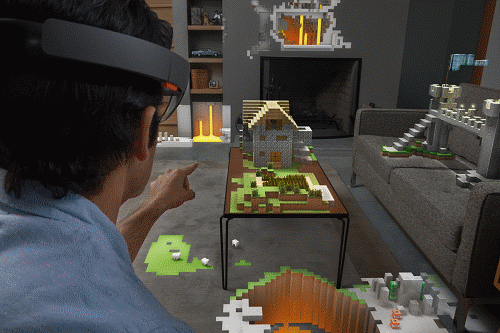 The price of $3,000US is a little steep. I’ve had numerous conversations with developers and others to speculate about the price point that these would release. Granted, the price of the consumer device could easily go down; however, based on this announcement, it is unlikely we’ll see a device hit the public in the near term for under $1000. That was the price point most people hoped it will hit. Having said that, $1499 to $2,000 is where most estimates landed. As such, Microsoft is nearly double the guesses. It will be interesting to see how the price point plays out. When you consider this is a full Windows 10 device that is in an extremely compact form factor with Kinect-like technology built in, you realistically had to expect it to come with a hefty price tag.

What do you think? Comment on whether you will (or won’t) get one of these and what you think the price point should be as well as what the most is you would ever consider paying for your own HoloLens.