This week, PlayStation took a step forward with the announcement of their HMD that will be available for $399. This is hundreds of dollars cheaper than a lot of the other devices I’ve written about previously, and it is near what I consider the viable price point for the mass consumer market. This is not, however, the lowest priced virtual reality experience on the market. In fact, there are a number of VR head mounted devices that are available for just a few dollars. The question is, are these extremely cheap virtual reality devices any good? Do they provide a real virtual reality experience?

To be clear, most devices that sell for under $150 that call themselves VR HMDs, are generally very limited. These devices generally don’t include an actual video monitor. Rather, they include casing you wear on your head and in front of your face that blocks out light and simply holds a mobile phone. These devices tend to include eyepieces that help focus the view. The result of these devices is that, once you add your mobile phone, you potentially end up with a usable, untethered VR experience.

I’ve seen a number of these devices, and have even helped give away a few at one of the Indianapolis Developer Association meetings I co-lead. Some of these are made for specific phones; others are made for phones that are within a certain size range. A few, such as Google Cardboard, can be bought on eBay for under $2.00US.

Recently, I invested all of $12.42US to buy one of these devices that would hold any phone within a given size range for myself. Although these devices tend to be aimed at Android and iOS users, I have a Windows mobile phone. I was interested to see how a virtual experience would work not only o a cheap device, but also with the Windows Phone. 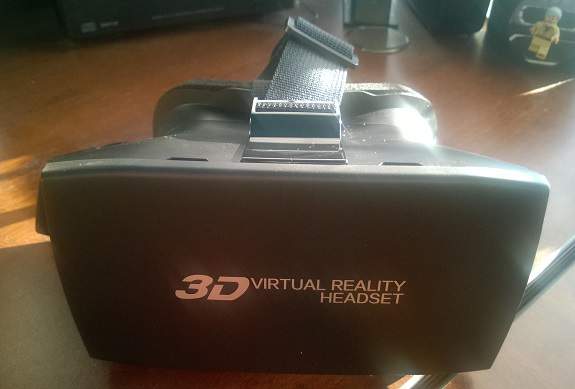 Of course, a device is nice, but you need 3D content to view. I started by looking on YouTube looking for videos, but quickly changed my approach to the Microsoft Windows Stores. The videos and other items I found on YouTube were about using devices and were not really consumable content for a VR experience.

On the Windows Store, I found a few programs that were 3D VR content. Even though there wasn’t a lot, much of the content I found that was usable was by the company Fibrum. They had several VR experiences and little games that could be used that were free. As such, my cost of $12.42 didn’t go up with the need to buy a program!

To use the HMD, you simply execute the program on your phone and then stick your phone into the front of the HMD. You then can put on the VR HMD to enjoy the experience.

The first program I used was Fibrum’s Froggy VR game. The way the 3D works is that you view two screens, one in each eye. This creates the 3D effect. To help you position your phone in your device, the game starts with a positioning screen: 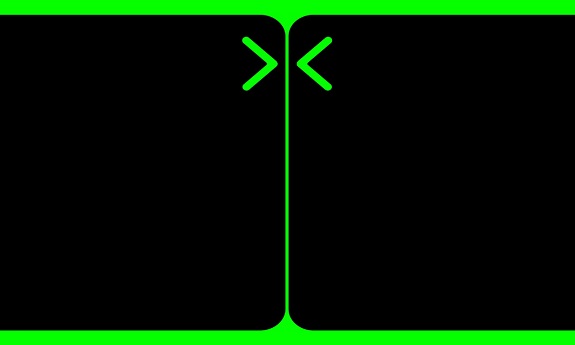 When you see the positioning screen within the VR HMD, you see the two halves of the above image combined into one. You know it is positioned correctly when you see the arrows on both sides of your screen: 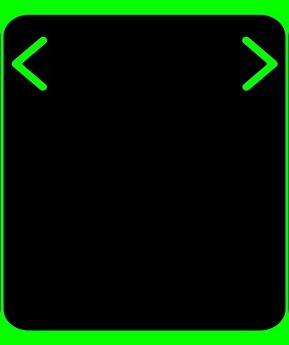 Figure 3: View of the positioning screen inside the VR HMD

The Froggy VR game gives you a short period of time to make sure you have your phone inserted correctly and positioned. The game then will proceed. If you look at the phone screen, you’ll see something like Figure 4. Again, the view from the VR HMD will combine these to give you the 3D effect. 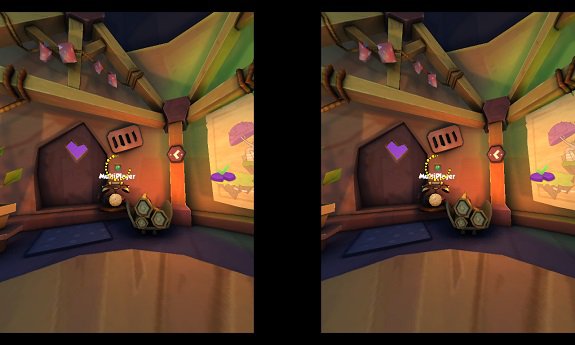 By moving your head around, you change position within the view port. The game uses the phone’s accelerometer to change your perspective. As such, like many VR games, you need to be in a location where you can move around in a circle. I sit in an office chair that spins 360 degrees, which was perfect. Because this device is untethered, I didn’t need to worry about cables. I did, however, need to move away from my desk a little farther to keep from knocking things off!

I also allowed my daughter to try out the device. Although it took her a few minutes to figure out how to create an action in the Froggy VR game (you have to position things in the center of your view and stare for a moment), once she understood what was needed, she cruised through the first two levels of the game before I finally made her give it back!

There was one downside of the phone/HMD experience. One of the issues I’ve seen with immersive VR experiences is that, if the movement and graphics are not just right, it can really impact your equilibrium. It is like riding a roller coaster in that when it is over, your eyes and head are just a little out of kilter. My daughter said she felt no ill effects. Of course, I’m sure that my eye doctor would tell me that staring at my phone from three inches away is not a smart move, anyway.

A second app that both my daughters and I ran was a simply chair ride that swings over a city. Even though there wasn’t much to this application, it was good for illustrating a simple VR experience. You are not only swinging back and forth and sometimes completely around in a circle, but you also have the ability to look around from the swing. You can even look to your left and watch a digital character that is riding with you. The physics of spinning can be seen in the other virtual rider as well.

Are Cheap VR Helmets Worth It?

In the end, I believe I’ve already exceeded my expectation for what value I’d get for my $12.49. These devices are an extremely simple solution, but they work. The reason, however, that they work is because of the power most people have in the smartphones they are using. To do a comparison of these devices to the PS4 VR device would require you to add the cost of the phone as well. Although a modern smartphone costs around $600, I used a Nokia Lumia 928, which can be bought second hand for as little as $100 on Amazon. Even adding the phone cost, the total cost to replicate my VR experience would still be less than a 30% of the PS4 VR and less than 20% of an Oculus Rift.

It will be interesting to see the apps that continue to get built for VR, and to see how many will use the format supported by these low-end devices. My hope is that the price point of these devices will help quicken the price drop of the other VR devices.