3 Days Until Win 8: The Confusion on Surface Runs Deep

As the release of Windows 8 gets closer, I’ve been talking about aspects developing applications. Today, I was going to talk about building trial versions of applications, but instead am going to switch my focus and talk about what could be a huge issue for Windows 8: the confusion around Surface.

The Surface That is no Longer the Surface

Microsoft caused confusion from the moment they bannounced the Surface tablets. Microsoft had spent years demonstrating and showing Surface devices at conferences such as TechEd.

Now all of the sudden, the Surface was no longer a large, touch table device. Microsoft choose to take the name from an existing device and reuse it. That caused confusion for many weeks after the initial announcement of the new Microsoft Surface tablets. 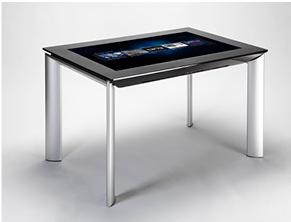 Are You Wanting a Surface Tablet? Which One?

How do I know there is confusion around these devices? Take a look at the questions being asked and the comments being made. Just looking at the forums I work with, I can see that a good number of developers are confused on what is supported by this technology.

How different are these two devices? The Surface RT will run the Windows RT operating system, which is a version of Windows 8 that runs Windows Store Apps using the WinRT interface. The Surface Pro device is expected to run Windows 8. This difference is very important. Surface RT will run Windows Store Applications. It is not expected to be able to run x86 applications, which are your existing Windows 7 applications. In other words…if you buy a Surface RT that comes out this week, you won’t be able to run that copy of Quicken you bought for your Windows 7 (or earlier) machine, nor will you be able run that game you might have bought. Rather, you’ll have to look for new applications written to the Windows Runtime. There is a copy of Office for RT, so you’ll have those applications, but otherwise, you are limited (for the most part) to the Windows Store for additional apps.

If you want to run applications you might already have, then you’ll need to wait for the more expensive Surface Pro. It will be able to run Windows 8 desktop applications. The Surface Pro is also suited to integrate into corporate management infrastructures, meaning you’ll be able to use it more like you do a PC today.

The operating system is not the only difference between these devices. A few other differences to note include the following:

There are a number of other differences too. You can see the full specification for the Surface RT at this link, and the full spec of the Surface Pro at this link. As you look through the specifications, you’ll see that the devices are very different. To some extent the operating systems have differences that are just as big. One is a lot more machine than the other.

If you are a developer, you are likely to quickly see from the above specifications that the Pro is the machine you’ll want. In fact, if you are thinking of running Visual Studio 2012 on your machine, you’d have to go with Pro as it is a desktop application.

There is one other little detail I’ll call out as an interesting tidbit in the specifications. Take a look at the OS listing for Windows Pro. Right now it lists:

Runs current Windows 7 desktop applications and integrates with your existing enterprise management infrastructure. Use the programs and the apps available in the Windows Store.

Note that while Surface RT says it runs Windows RT, the Surface Pro doesn’t actually say what operating system it will run. The assumption is that the OS will a copy of Windows 8 just like what will be on desktops. We’ll have to see if that is truly the case.

Pricing of the Microsoft Surface

The price on the Surface RT is already known. They start at $499 and go up from there. The touch covers and keyboards that will be available are going to cost extra. This puts the price in the same arena as the iPad “3” and the newly announced iPad “4”. It puts the price above that of many Android devices and way above the price of the ebook tablets such as the Kindle and Nook. Original expectations were that the Surface RT price would be more competitive with the Android devices. The *other* Surface devices, the Surface Pros, were expected to be more in line with the iPad price. Obviously with the more substantial specification, I expect the Surface Pros to cost well above what an iPad costs.

The Microsoft Surface promises to be a cool device. It has the potential to compete with the iPad. Many have said the price could hurt it, and I agree. With the Surface Pro potentially being higher priced than the iPad, Microsoft has put itself at a disadvantage by being at the high-end of the pricing scale. With the added confusion on what the Surface RT does – or doesn’t do – Microsoft is also positioning itself for negative press when people realize that the Surface RT is not the Surface Pro.

With all the noise happening with the release of new, quality devices ranging from iPad Minis to the iPad “4” to new Nooks and new Kindles, plus with the plethora of high-end Android devices now entering the market — I will simply ignore most of the $100 Android devices — there is a lot to pay attention to. The Surface has been the best chance to compete head-to-head with the iPad. I think the biggest challenge will be avoiding the negative press that could happen from people who buy a Surface RT expecting it to do what the Surface Pro will do. That challenge combined with the surprise of a higher-than-expected price, could hurt the Surface’s potential.

One thing is for sure. We should have a good idea of how the market is going to receive the Microsoft Surface within the next few weeks. With only three days to launch, we won’t have to wait long!

Note that the opinions expressed in this blog are my own and do not necessarily reflect those of my employer. Additionally, note that this site does business with companies mentioned in this blog. Even so, these thoughts are my own.