An Introduction to Azure Redis Cache

Redis Cache service has been added to Microsoft Azure, based on the most popular open source Redis Cache. It’s one of the cache service offerings from Microsoft Azure allows the user to have access of rich features. Redis supports data structures such as strings, hashes, lists, sets, sorted sets with range queries, bitmaps, hyperloglogs, and geospatial indexes. A cache created using Azure Redis Cache is accessible from any application within Microsoft Azure. Redis Cache could be used as an advanced approach of storing or caching application data that is available across distributed systems.

Why Use Redis Cache?

Redis is used by companies such as Twitter, GitHub, Stack Overflow, Snapchat, and Pinterest. Redis provides addition features like transactions, pub/sub, Lua scripting, and keys with a limited time-to-live that make it similar to traditional caches.

Following are few of the advantages of Azure Redis Cache:

This service is available in two tiers in Azure currently:

The maximum size of the Azure Redis cache is 53 GB.

Presently, an Azure Redis Cache can be created from the new management portal.

In the following steps, we will see how to create Azure Redis Cache.

Step 1: Log in to Azure Management Portal and select Database from Create a resource, as shown in Figure 1. Enter “Redis Cache” in the search Text box and press Enter. 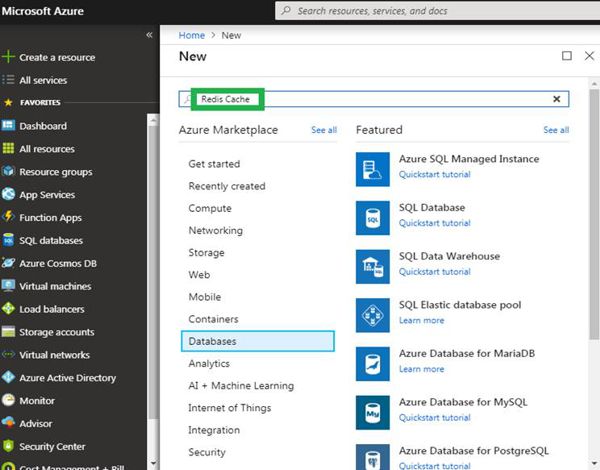 Step 2: Click the Create button, as shown in Figure 2. 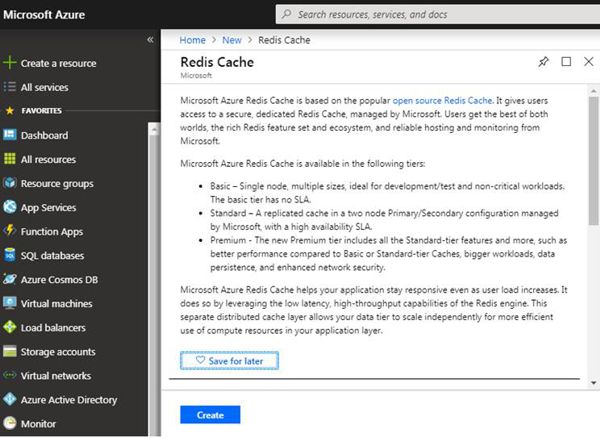 Step 3: By clicking Redis Cache Create, you will be taken to the following New Redis Form, where you provide the details for creating Azure Redis Cache. 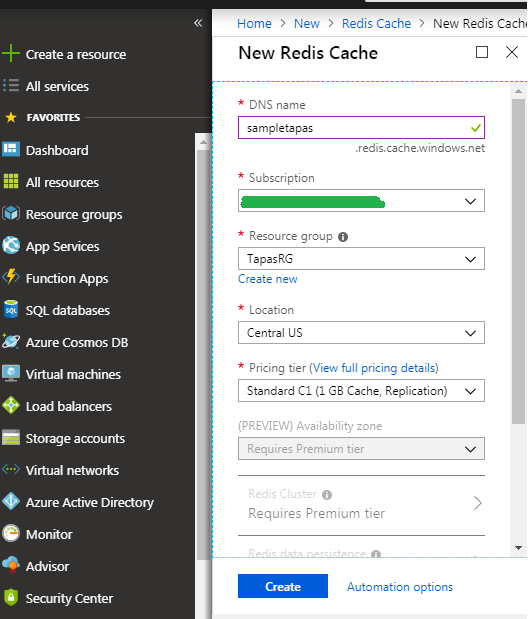 A developer can retrieve the host name, ports, and access keys by using the Azure portal.

When connecting to an Azure Redis Cache instance from code, cache clients need the host name, ports, and a key for the cache. Some clients might refer to these items by slightly different names. You can retrieve this information from the Azure portal, as shown in Figure 4. 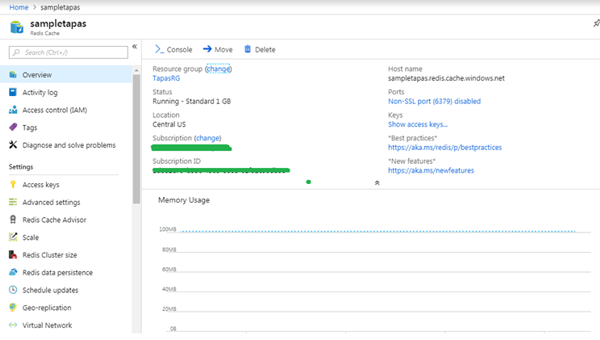 In this article, I have explained the basic concepts of Azure Redis Cache, different pricing tiers, and their basic features.

I hope you enjoyed reading the article. That’s all for today; happy reading!