Let me start with explaining what a Project is in Visual Basic 6.

What Is a Project?

In Visual Basic 6, a project is the group of all the files that make up your program. These might include forms, modules (not attached to a form), graphics, and ActiveX controls.

When Visual Basic 6 starts, you may be prompted with the following screen: 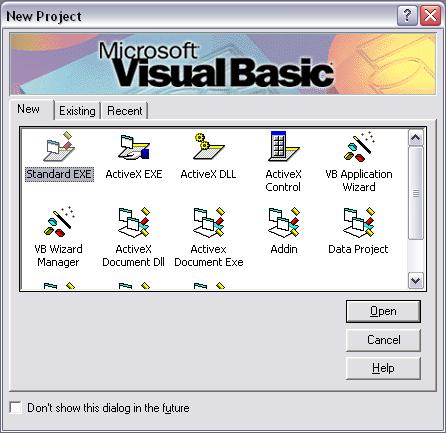 Otherwise, if the VB6 IDE is already opened, you can select 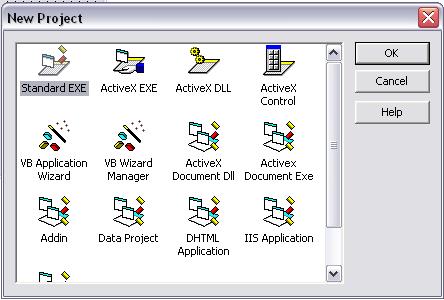 You can create the following types of projects with Visual Basic 6:

When Visual Basic 6 starts, you may be prompted with the following screen. Notice the Existing and Recent tabs of the New Project Dialog box.

You also can choose File, Open Project from the Visual Basic 6 main menu to open a project.

You will encounter the following dialog box: 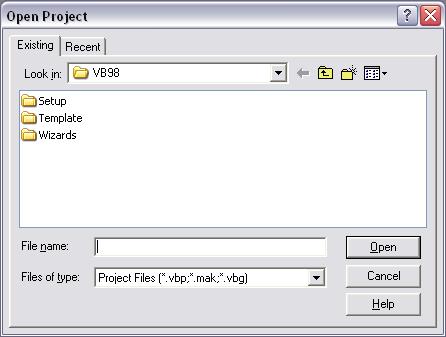 By default, Visual Basic 6 creates a project, named Project1, for you once you create a new project. There are two ways of changing its name, however: 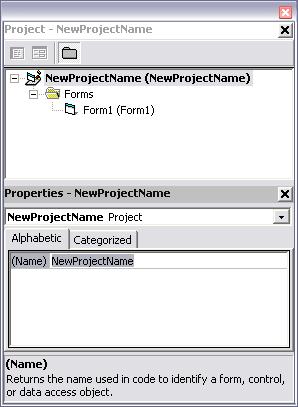 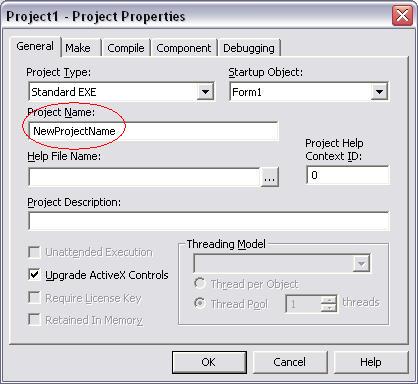 Adding Files to a Project

You can add additional existing Forms or Modules to your current project through the use of the Project Explorer. To add something to your project, follow these steps: 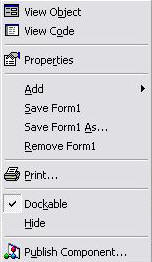 Removing Files from a Project

To remove an item from the current project, follow these steps:

Note: In Figure 8, the name of the item to be removed is Form1.

A project group contains more than one project simultaneously. Project groups are denoted with a .vbg extension. Examine Figure 9. 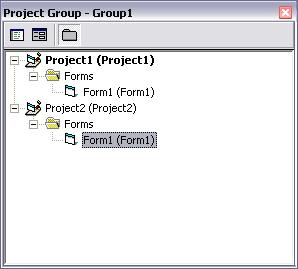 You create a project group by selecting by following these steps:

You remove a project from the project group by following these steps:

There are three toolbar buttons at the top of the Project Explorer Window; examine Figure 10. Most of your interaction with the Project Explorer will be with its context menu. When you right-click on one of your project’s files, you’ll see a menu similar to Figure 11.

The context menu allows you to:

Resource files store data, such as strings or icons that would normally be hard coded into your program or stored in a database. Although this may seem an unnecessary step, it does make a lot of sense for certain applications. Resource files are typically used in applications that are to be distributed in foreign countries. The resource file can contain strings and other data that are designed specifically for the country in which the application is used.

For example, you could use a resource file to contain all of the strings that are displayed by a program. String resources are given a numeric identifier, and each identifier can have one or more language-specific strings associated with it: one for Afrikaans, one for German, one for French, and so on. This is referred to as Localization because the computer’s locale ID (LCID) is used to determine which string to use. That way, you can have a single program that will automatically utilise the languages of different countries and you don’t have to create separate versions for Afrikaans, German, French, and so on.