I’m a moderator at VBForums.com and it’s not uncommon for would-be programmers to ask how they can learn to program in Visual Basic 6. My response to them is that although VB6 is still a very popular and useful programming language, Microsoft has dropped support for it, and so I advise them to learn VB.Net instead. What I usually don’t tell them is that I have not followed my own advice and have for the last several years kept on developing in VB6, ignoring the wall at the end of the tunnel. Long before now, I suppose I should have “sucked it up” and invested some of my time into VB.Net, but for various reasons, not the least of which is that I’m good at VB6 and I don’t want to leave my comfort zone, I haven’t. Then, out of the blue, I was given the chance to review Real Software’s REALbasic 2008 Release 1 and the wall fell away, revealing a programming environment in which I feel comfortable and very much at home.

Now as for my review, let me start at the beginning.

Installing REALbasic is a snap. It takes about two minutes to download via cable modem and another two minutes to install. There was no option to create a desktop icon but of course that’s easily done. When I ran the program, the splash screen told me that I had an “Update plan” that was good until 8/11/2008 (6 months). I don’t know how that compares with other commercial products, but six months seems generous.

Here is what the REALbasic IDE looks like. It’s a little different, but as you can see, almost everything that you expect to see in VB is there. A Form may be called a Window and a CommandButton may be called a PushButton, and so forth, and there are built-in controls such as the ExcelApplication and the NotePlayer that are not available in VB, but the differences are very easy to get used to. 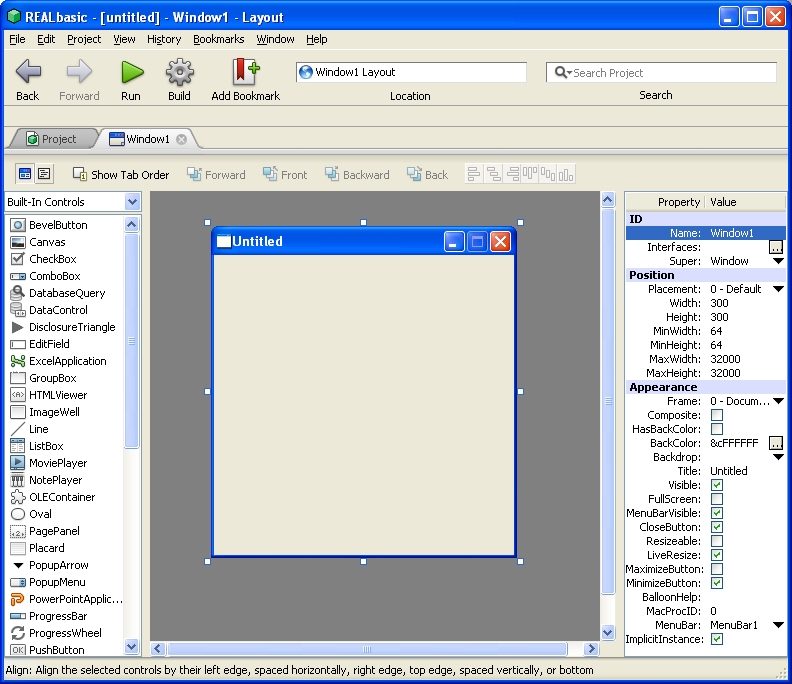 The product comes with a well-done, 134 page PDF tutorial that I immediately began to work through. One small problem with the tutorial is that is has symbols in the margin that draw attention to different aspects of the text. However the “supplemental information” symbol, which is an “i” in a solid green circle and the “should pay careful attention” symbol, which is an “!” in a solid green circle are too similar. Perhaps the latter should be red.

The tutorial leads you step by step through the creation of the following fairly robust text editor. 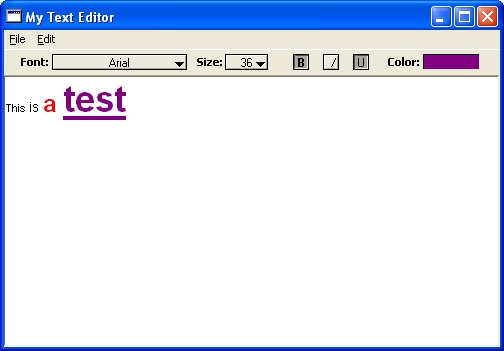 As I worked through the tutorial I found a lot that I liked a few things I didn’t like.