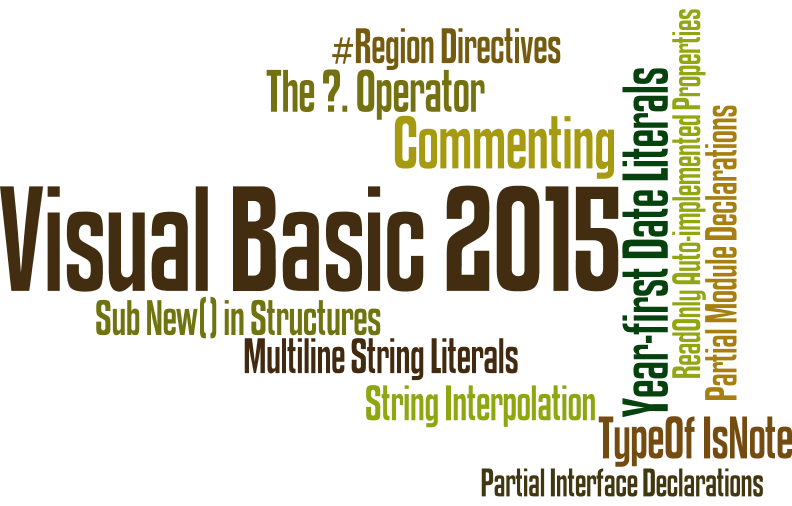 We as VB Developers have been accustomed to using expression placeholders in our strings. With String Interpolation, using an expression inside a string has become much easier. You can directly reference a string variable instead of formatting the string appropriately.

Year-first date literals reduce the ambiguity between writing months first, or days first, inside a date. This simply means that you are allowed to write a date specifying the year first, before specifying the day and month. A small example looks like the following:

Having to check for NULL values, or values that are Nothing, has always been a pain for me., and I believe for many a fellow VB. Developer. This operator makes it easy to check for null values in objects. Here is an example of its implementation:

VB used to only allow Partial on classes and structures. Partial is now allowed in VB 2015 in modules and interfaces, as well. Each source file contains a section of the type or method definition, and all parts are combined when the application is compiled.

Visual Basic will allow you to declare a constructor without a parameter for a structure by using New. This means that you simply can provide a value for a member variable inside the New constructor, and you do not need to supply a value via an argument.

In Visual Studio 2015, you will have the ability to include a Region inside a method. This means that you are no longer constrained to strategically placing #Regions to try to explain what a certain method does — now you can have a Region directive to specify a region in method bodies.