ActiveX control is a term used to denote reusable software components that are based on the Microsoft Component Object Model (COM) that allows the developer to create objects or controls that can be used to “activate” content on the World Wide Web.

I have read lots of stuff over the Internet, but I have not found any complete guideline or example through which process I can build an ActiveX Control for the web using ATL with VC++ 6.0. I wrote this article because I couldn’t find a unified description of this process anywhere on the web and also from my own hurdles. I am going to present you a complete example with the necessary details. I hope this will help you to understand how you can build a scriptable ActiveX control for the web, using ATL. Also, you will get a clear vision about ActiveX security details. It’s written with as much detail as possible, but with the assumption that the reader basically knows his stuff.

In this article, I have tried to present an example of a Scriptable ActiveX Web Control using ATL; it will display a Label Control with the current Date and time on your Internet Explorer browser window. Also, you will be guided step by step through creating the control using Microsoft VC++ 6.0 as safe for the web.

However, opening a web page that contains a harmful ActiveX control, and then allowing Internet Explorer to run that harmful control, would be same as running malware on the computer. Fortunately, Internet Explorer 6 and Windows Vista have taken actions to reduce such risks.

Microsoft has published a document that describes all aspects of component object safety with regard to scripting ActiveX controls.

Before registering your control as safe for scripting, you must ensure that your control does not take any actions that may be unsafe when used by a scripting client. Unsafe actions include exposing information normally kept private, such as passwords and other sensitive information, executing files, and making dangerous system calls.

Another type of object safety concerns the use of parameters and properties with the control. When used with a scripting client, a safe control must ensure that the control can continue to function with any possible combination of properties defined by the user.

A scriptable ActiveX control is a control that is constructed so that it is appropriate for use by scripting clients. Scriptable controls are designed to be safe when used in a Web browser, such as Internet Explorer, or by scripts written for the Windows Scripting Host (WSH). Scriptable controls also support mechanisms to simplify passing parameters to the control via a scripting language.

By default, ActiveX controls are not considered safe for scriptable clients. If you have an ActiveX control that could be useful to scripting clients, taking a few simple steps can expand the usefulness of your control. If you’re using ATL, these changes typically take just a few minutes.

To be scriptable, an ActiveX control must meet the following requirements:

To create a Scriptable ActiveX control, use Microsoft Visual C++ 6.0 to perform the following steps: 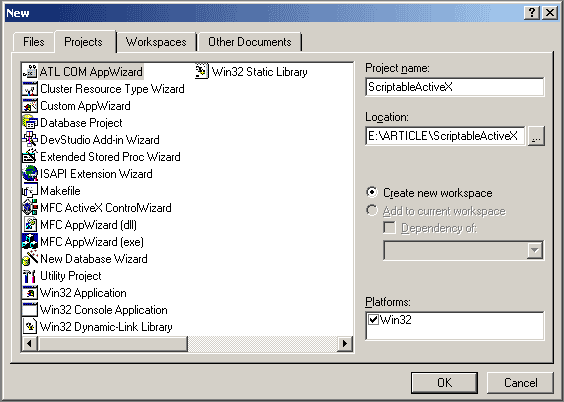 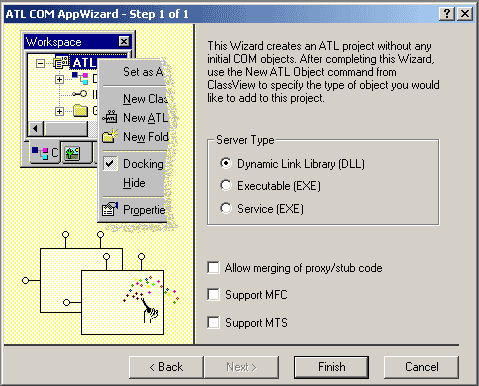 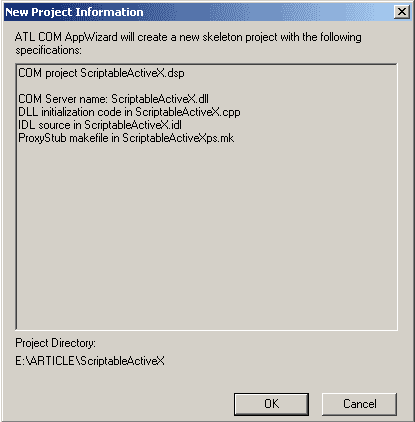 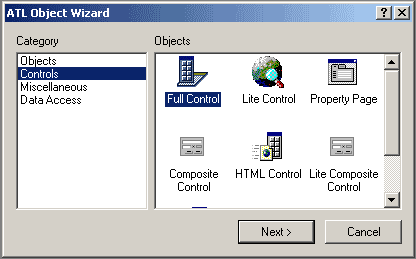 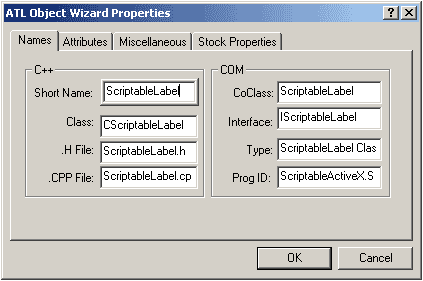 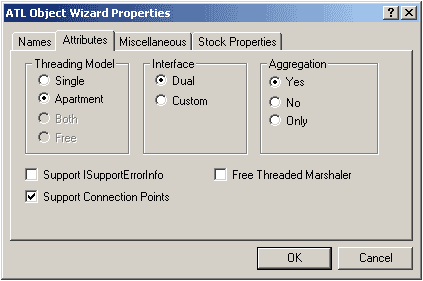 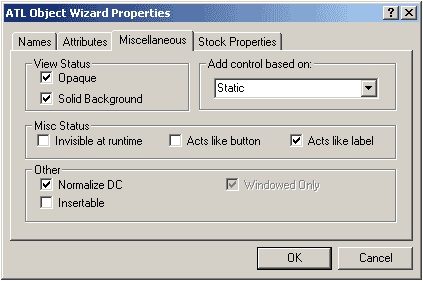 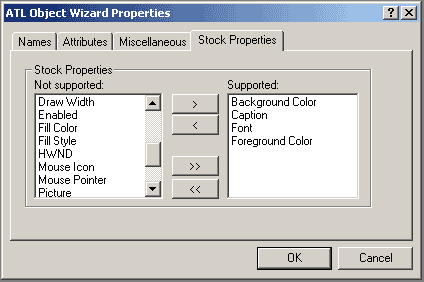 After you select the stock properties listed here, click OK to close the dialog box. The ATL New Object Wizard then generates the necessary code and adds it to your project.

The default handler for OnCreate will superclass a default instance of the Windows CStatic class. Apply the following window styles changes to the OnCreate() member function to the ScriptableLabel control:

When the control is loaded initially, it collects the current foreground color, background color, and font from its container. A good time to collect ambient properties is when the control and its container negotiate the client site. Add the following source code to the ScriptableLabel.cpp source file. This function overrides the base class implementation of SetClientSite() and stores the ambient values of these three properties.

Add the following member function declaration to the CScriptableLabel class:

The OnDraw() function is called by the ATL framework, passing in a structure that contains various bits of information needed to actually paint information on the screen. This implementation isn’t much more complicated than it would be if you were simply displaying the current date and time. Add the following drawing code for the control to the ScriptableLabel.h header file.

Marking the Control as Safe for Scriptable Clients

You easily can add support for marking the Control as Safe for Scriptable Clients by implementing the IObjectSafety interfaces. This is done by deriving your control from the default ATL implementation, IObjectSafetyImpl.

You can use two methods to mark a control as safe for scripting clients:

Microsoft recommends that you use new controls to implement the IObjectSafety interface instead of making Registry entries. IObjectSafety enables the control to apply much finer-grained safety policies than possible when using the Registry.

ATL provides a default implementation of IObjectSafety that you easily can take advantage of by deriving your class from the IObjectSafetyImpl class.

Two values may be passed for the safety options:

Because the ScriptableLabel control is scriptable, you also can use the control on an HTML page with Internet Explorer. Try it out.

How to Write a COM+ Component