One of the more popular topics covered on Codeguru in the past few months has been Silverlight. Ever since its introduction as a beta product codenamed “WPF/e”, there has been buzz around this product. Whether viewed as the “Flash killer” or simply viewed as a new way to quickly deliver interesting dynamic content, Silverlight has caught many developers’ attention.

Microsoft describes Silverlight as “a cross-browser, cross-platform plug-in for delivering richer user experiences on the Web.” While Microsoft generally uses the phrase “cross-platform” to mean various versions of their operating systems, in this case, Silverlight is truly targeting multiple platforms. From a browser perspective, it can target Internet Explorer, FireFox, and Safari. As to actual platforms, it obviously works with Microsoft’s Windows. In addition to Windows, Microsoft is working with Novell to make sure it also works on Linux. This Linux support is dubbed project “Moonlight” and is based on the project started on mono-project.com. For more on the Linux version, you can go to: 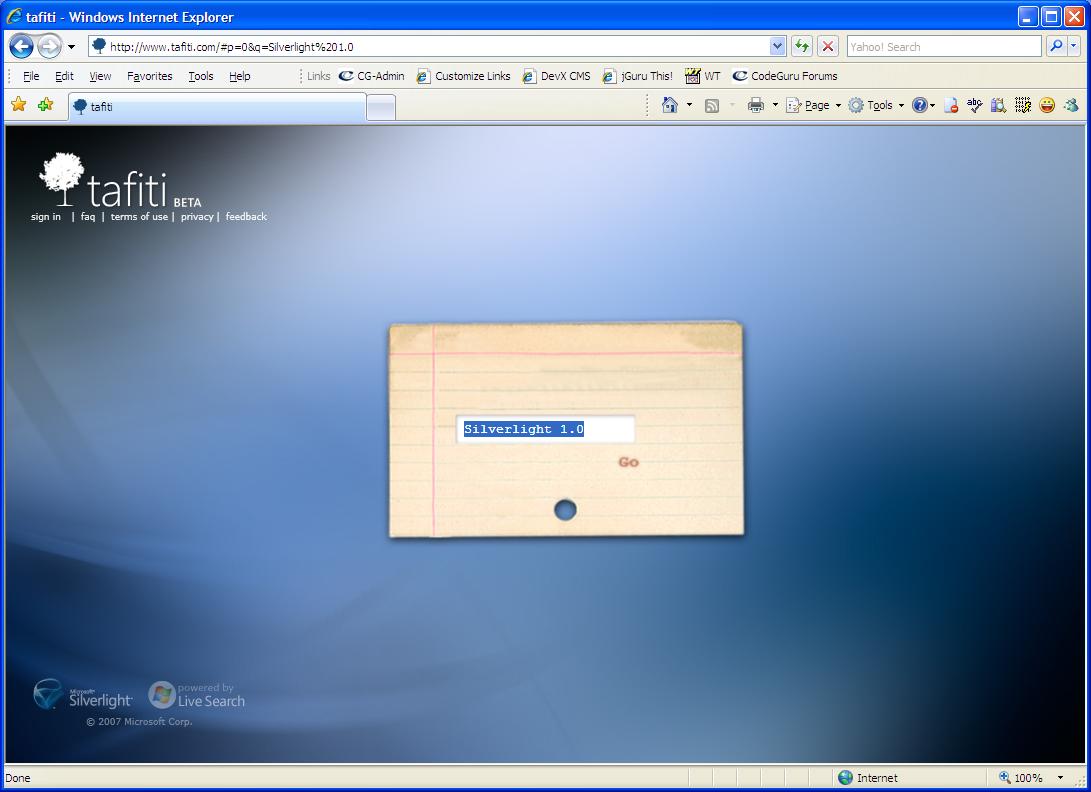 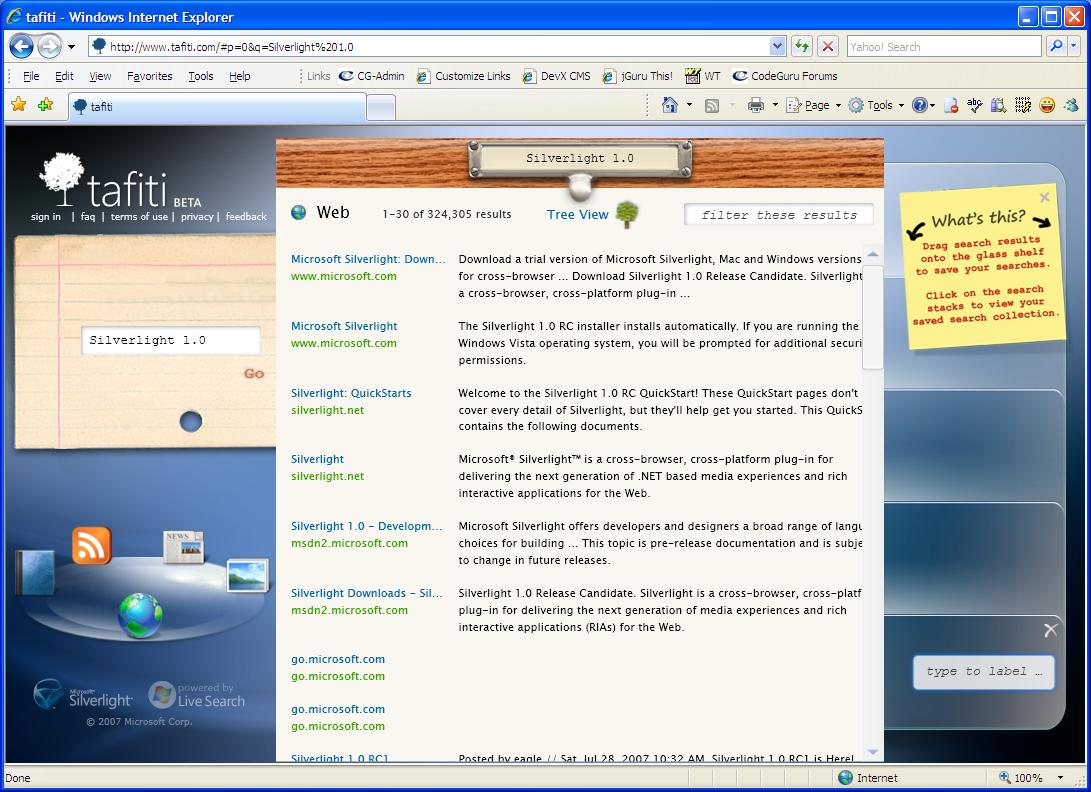 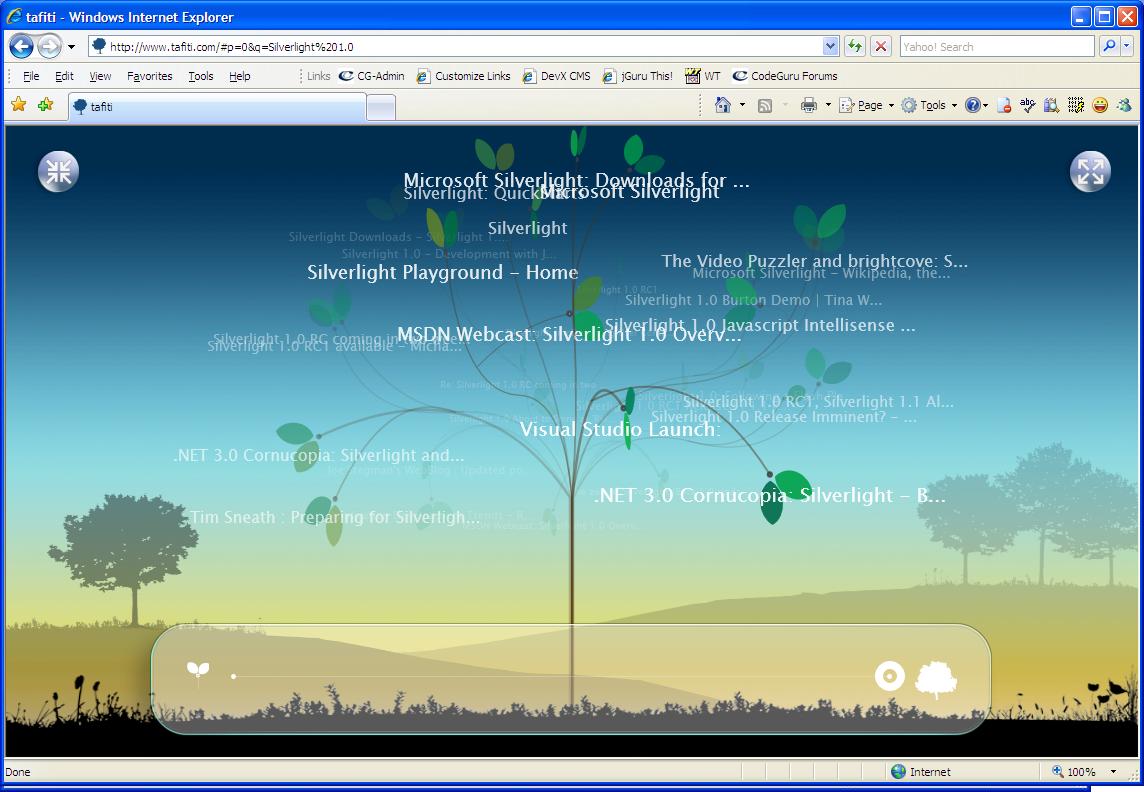 Popfly (Figure 4) is a community based site that lets you create Mashups and Web sites using an interface created using Silverlight. 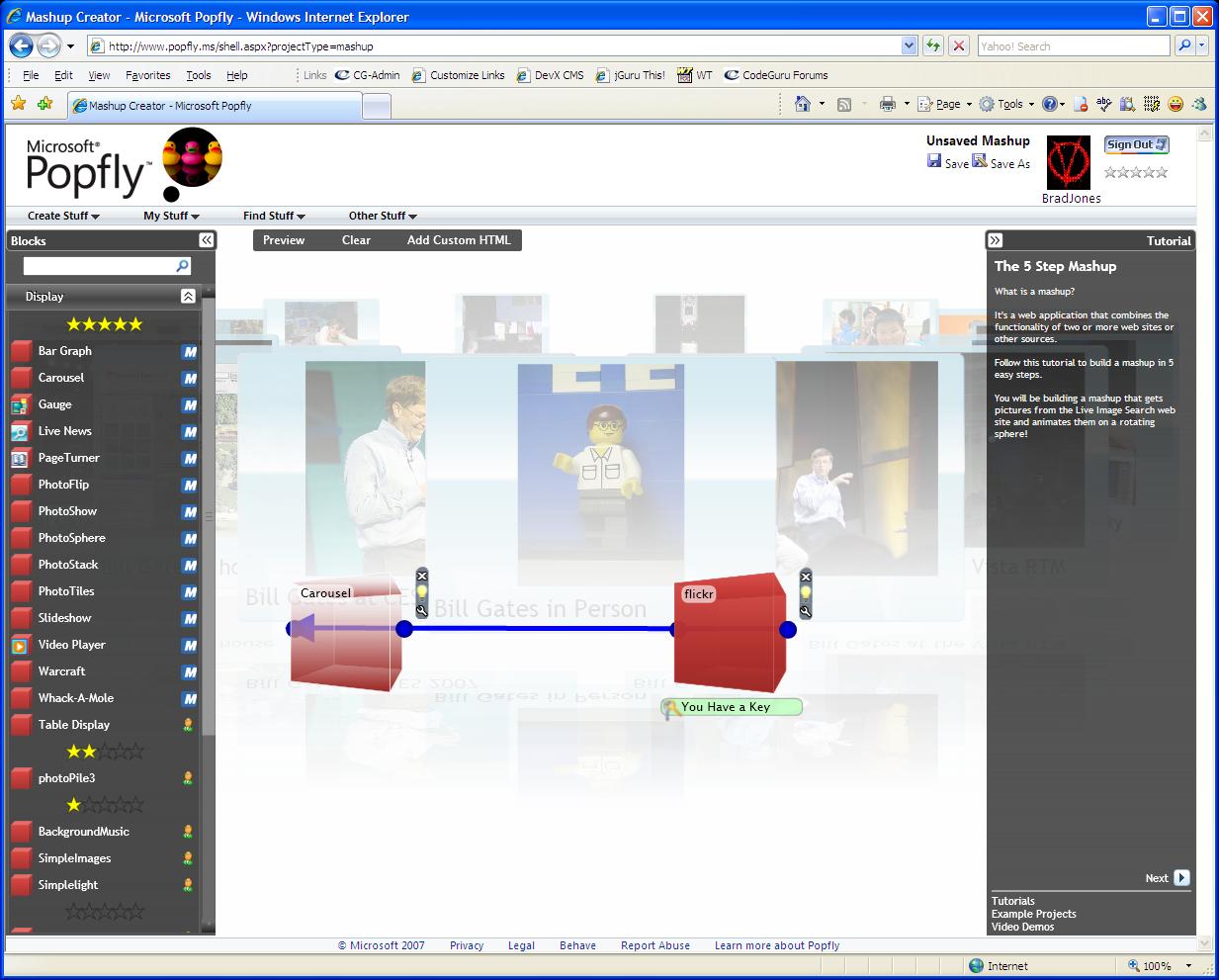 Dave Bost, a Microsoft Developer Evangelist indicated that within 12 months or so, all of the Microsoft properties that deploy rich interactive features on their web sites will be employing Silverlight to do so.