At last year’s Microsoft Build conference, a lot of emphasis was placed around what they were doing in the Mixed Reality space. In addition to several hardware vendors announced they would be releasing devices, Microsoft made indications that support in Windows would be coming in the Fall Creator edition of Windows. Now that it is nearing a year later, it is worth looking at a few basic questions around the status of Microsoft Mixed Reality. I’m not going to cover developing for mixed reality in this article; rather, I’ll answer questions that are often asked by people considering the jump into the programming side.

It is important that I clarify that the questions and answers I’m presenting are specific to Microsoft Mixed Reality. Microsoft’s definition of mixed reality includes Virtual Reality solutions as well as augmented reality solutions.

Question 1: Can You Do Microsoft Mixed Reality Without a HMD?

This past year, several mixed reality head mounted displays (HMDs) hit the market from companies such as Acer, Lenovo, HP, and more. Although these have been available for as low as $199, the price of many of these range from $350 to $500. This price range generally includes two Microsoft controllers as well.

Question 2: How Can I Determine if My Machine Will Run a Mixed Reality App?

The requirements for running mixed reality solutions are much greater than running a standard application. This is a result of the heavy use of graphics and real-time graphics processing needed to render the virtual worlds. Because of this, many older systems might not run mixed reality apps. If you plan to develop, you can expect an even greater load to be placed on your computer’s processing power.

In addition to needing the appropriate hardware, you also will need to be running Windows 10 Fall Creators Update (or later). If you have the Creators Update installed, there are two ways you can quickly determine if your machine is ready for mixed reality.

The first way, which is what Microsoft has recommended in the past, is to run the Windows Mixed Reality PC Check application. You can install and run this application from the Windows Store. When you run this app, as shown in Figure 1, you’ll be asked to accept terms before getting the results. 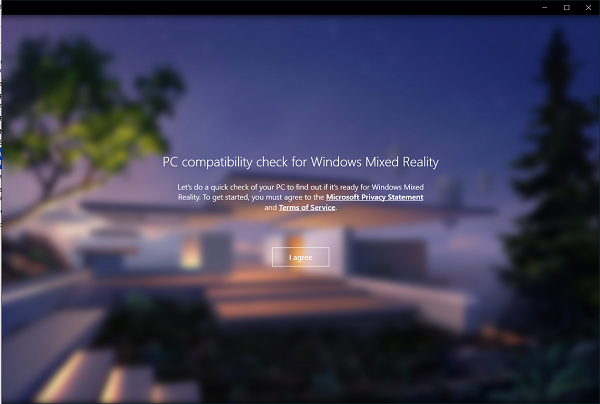 After agreeing to the terms, you’ll get the results. In Figure 2, you’ll see that the HP Spectre that I’m using to write this article, although having an Intel i5 chip, a chunk of memory, and an SSD drive, it isn’t up to the minimum specifications. 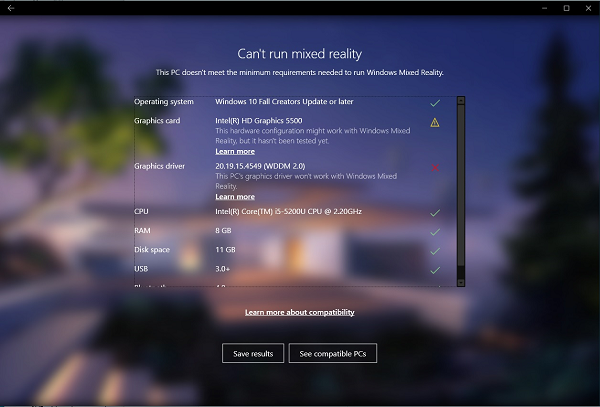 Figure 2: The results of the check with my system failing

The PC check does include hyperlinks that will take you to pages that describe the issues and offer possible suggestions.

Question 3: How Do I Run the Mixed Reality Portal? 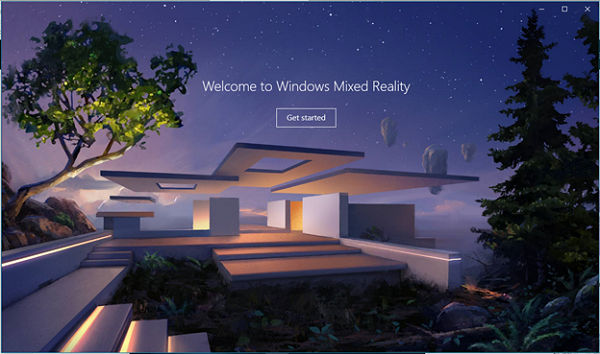 When you click “Get started,” the program will walk you through a set of screens. These screens will include asking you to accept the terms followed by the system check. The system check again will let you know if your computer is capable of running mixed reality apps. You should note that the results from the Mixed Reality Portal are a bit more sparse than those in the other app. Figure 4 shows the results for the same HP Spectre machine seen in Figure 2.

If you look at Figure 4, you might have noticed that even though the system did not pass the test, there is a link in the lower left part of the window for setting up simulation for developers. This means that the system tested might be able to do mixed reality testing. Note that I did not say it would be able to, but that it might be able to. Even though you can set up the Mixed Reality Portal to run mixed reality apps on a machine that doesn’t meet the minimum specifications, that doesn’t mean the apps will fully run. 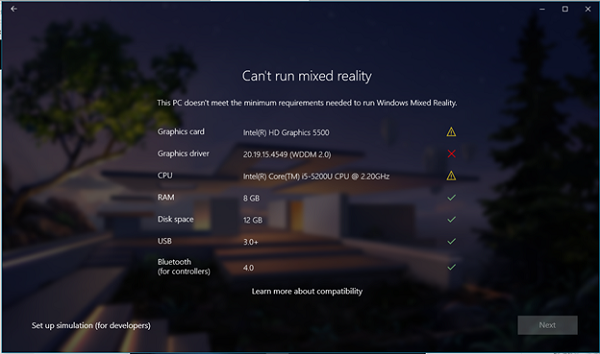 Question 4: How Do I Run Microsoft Mixed Reality Apps Without Having an HMD?

If you don’t have a head mounted display unit, you can use the mixed reality simulator, which is the Microsoft Mixed Reality portal mentioned in the previous question! The simulator will allow you to emulate controllers and a HMD from the desktop. After doing the check shown in Figure 4, if you click the Next button, you’ll be walked through the installation of additional files for the portal. Once completed, you’ll be placed in the mixed reality environment, which should look similar to Figure 5. 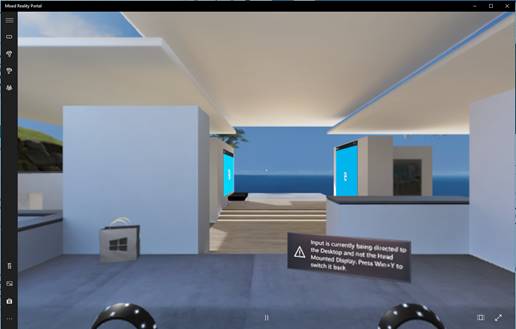 Question 5: How Do I Use the Mixed Reality Portal to Create Simulations?

This is a great question and is worthy of its own article! You can look for that article in the near future!

If you’re looking to use the portal to test applications you are developing, you’ll want to set it up in developer mode. To do this, you’ll need to make sure your system has developer mode enabled.

Question 6: How Do I Enable Developer Mode to Allow for Mixed Reality Development?

To set up developer mode on your system, you need to make a change in the Windows 10 settings. Go to the Settings app, which you can get to by typing Settings into the Windows search box (generally on the lower left corner of your desktop). Once you run the settings app, you’ll want to select Updates & Security, followed by selecting “for developers.” You then will want to select the radio button to enable Developer mode.

Question 7: What Do I Do Next?

I’ve shown you how to check your system and how to get the simulator, the Mixed Reality Portal, installed. The next step is to play around with the simulator. As mentioned, we’ll cover more details on how things work in a future article!