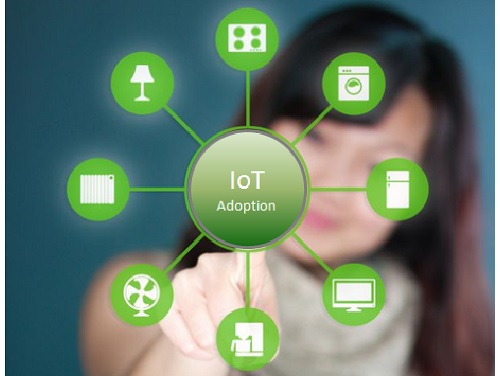 We did a survey of on the topic of the the Internet of Things (IoT). One of the questions we asked was around the considerations or adoption of IoT. More specifically, we asked whether they were deployed and using IoT, were in progress of using IoT within a year, were exploring or defining their use and thus within a year or two of usage, were investing and considering IoT with no timeline, or were non-adopters that had no plans for IoT. 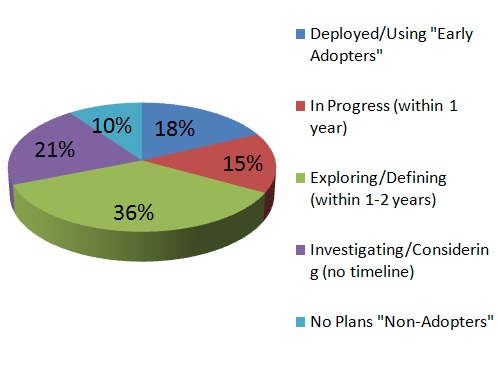 Manufacturing had the lowest number of people with no plans for adopting or considering IoT. The largest group within manufacturing were exploring and defining their IoT plans with a target within one to two years. 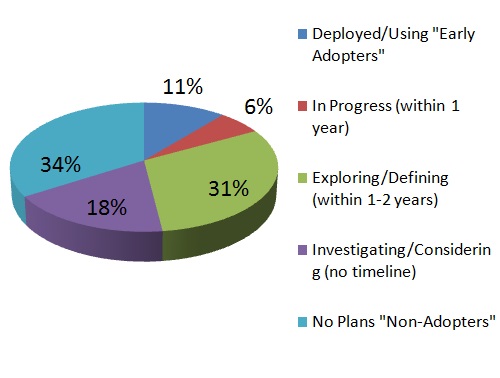 Education had the lowest numbers when it came to adopting or being in the process of adopting IoT technology. Additionally, the had the highest numbers for those with no adoption plans. 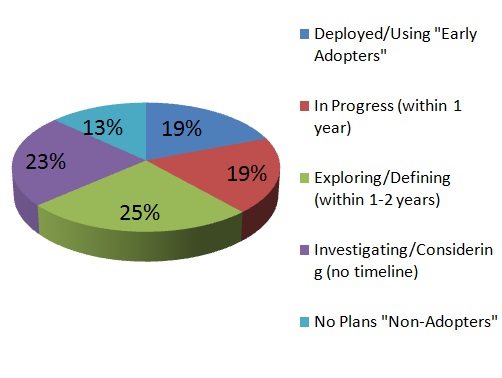 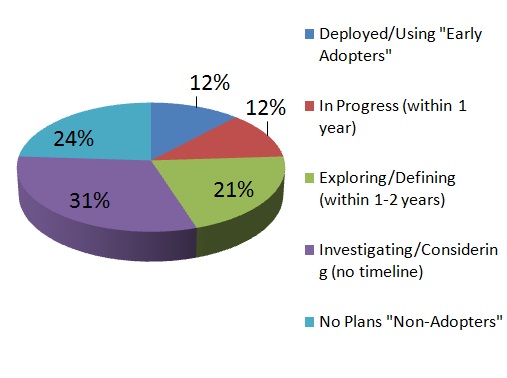 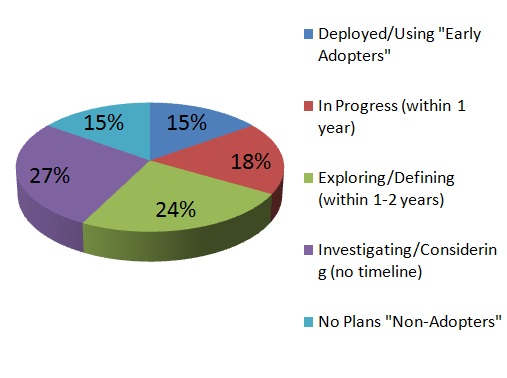 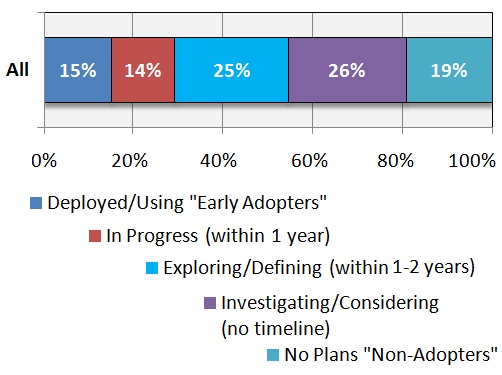 When you combine the different industries, the overall numbers are spread out with a majority skewed towards no plans or the stages of investigation versus those industries that are already in progress or deployed. Even so, it is expected that as time moves forward, the numbers will push toward more deployments as those still exploring made their decisions and as those in progress release their IoT solutions. 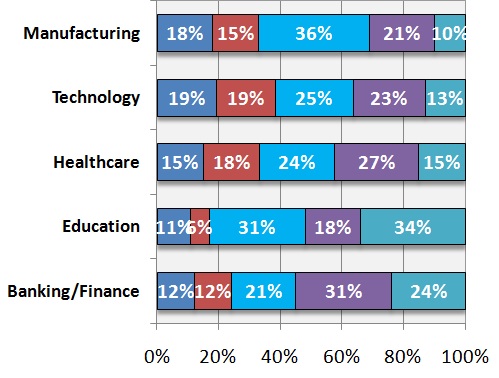 As an easy chart, this final slide shows you the IoT status for each of the five industries together.