In this sixth article of the WP7 Silverlight series I will discuss the launcher and chooser APIs that enable WP applications to provide common tasks to the users, such as making phone calls, browsing the web or taking pictures.

WP7 applications run isolated in a sandbox; they do not have access to stores such as the contacts list, nor can they directly invoke applications such as the phone or e-mail. To allow applications to perform such tasks, Windows Phone provides two sets of APIs, called Launchers and Choosers.

The first button will open the Phone application displaying the John Doe name and phone number 1234567890. The code is as simple as this: 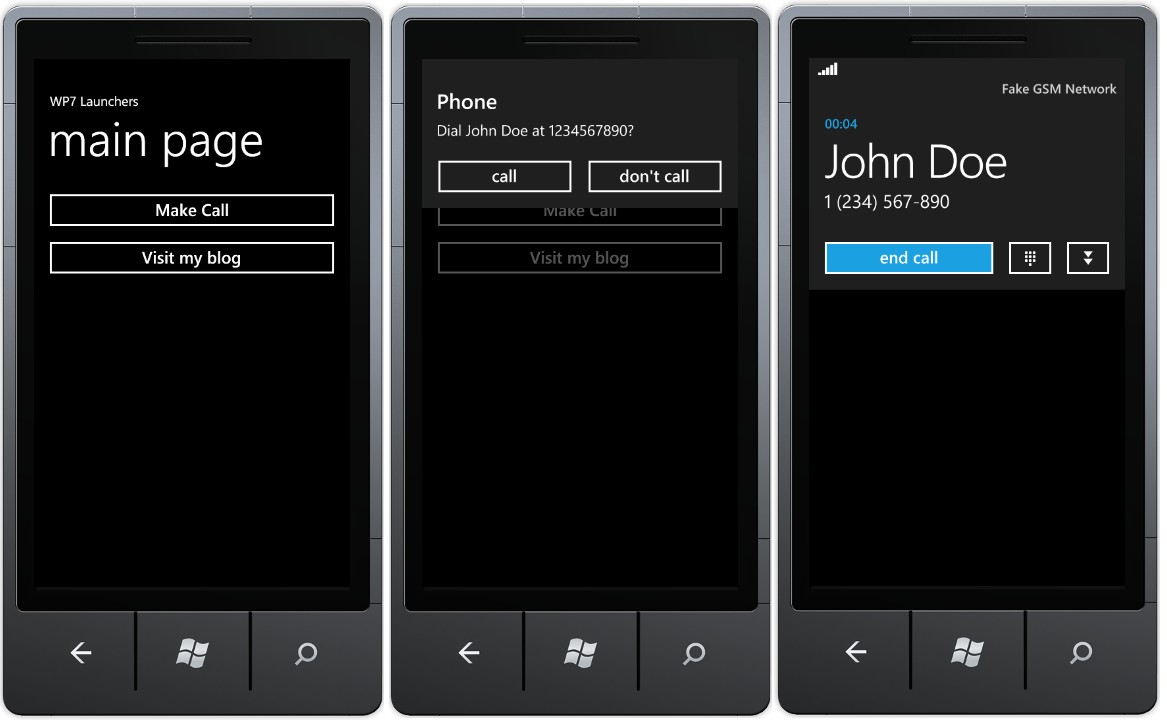 The second button will start the web browser and navigate to my blog, www.mariusbancila.ro/blog. The code, again, is very simple:

The next image strip shows the application and the web browser after starting the launcher. 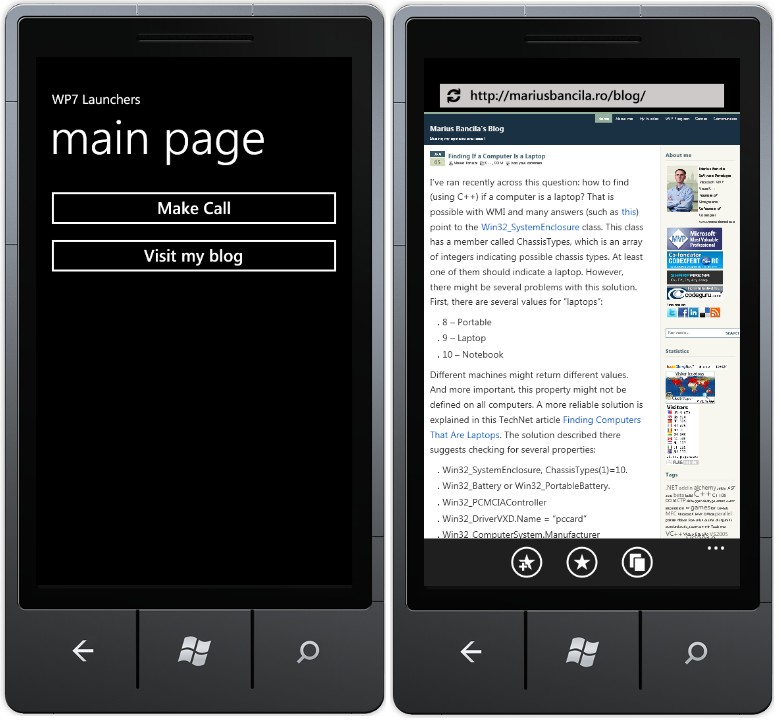 You can find examples for all the launchers in MSDN.

Read more
Previous articleCivil Unrest Causes Microsoft to Shift Work Out of Egypt
Next articleApplying Themes to User Controls and Packaging Them in a Separate Library/.dll in C#, WPF & XAML with .NET Framework 4.0