Multi-targeting your Windows Phone Application to Run on 7.0 and 7.5 (Mango)

How to Specify Multi-targeting in Your Visual Studio Project

Whenever a developer creates a Windows Phone
application/library using Windows Phone “Mango” SDK tools, they have an option
to choose the Windows Phone version they want to target. 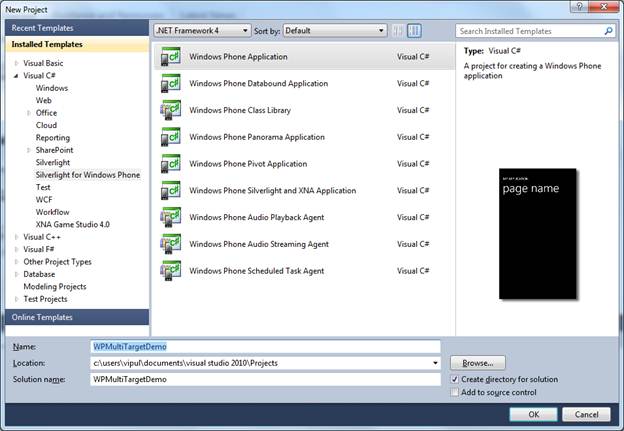 When we click OK, Visual Studio prompts us to choose the
Windows Phone OS version we want to target.

If we choose 7.0 as the target version, and you open up the
WMAppManifest.xml file, you will notice the following line.

If we choose 7.1 as the target version, the
WMAppManifest.xml file will contain the following.

We see that WP 7.0 and WP7.1 applications basically differ
in the AppPlatformVersion property in its application manifest file.

In this article, we learned how to multi-target a Windows
Phone application. I hope you have found this information useful. You can check
out the different values of AppPlaformVersion property by creating your own
projects or downloading the sample project from here.