When Microsoft released the first CTP of development tools for the Windows Phone 7 Platform, Visual Basic developers were left in the lurch since the first round of tools targeted only C# programming.

Luckily for WP7 developers, Microsoft released a CTP version of the Visual Basic tools in September. These tools finally received to go-live status when the RTM version of the tools were declared on 29th November 2010. With the tools release, VB developers could also harness their existing skills to developer Silverlight based applications for the Windows Phone 7 platform.

Differences Between the C# Tools and VB Tools

Where to get the Visual Basic Developer Tools

Developers can get the VB version of the developer tools from http://go.microsoft.com/fwlink/?LinkId=206790.

Getting Started with VB development for Windows Phone 7 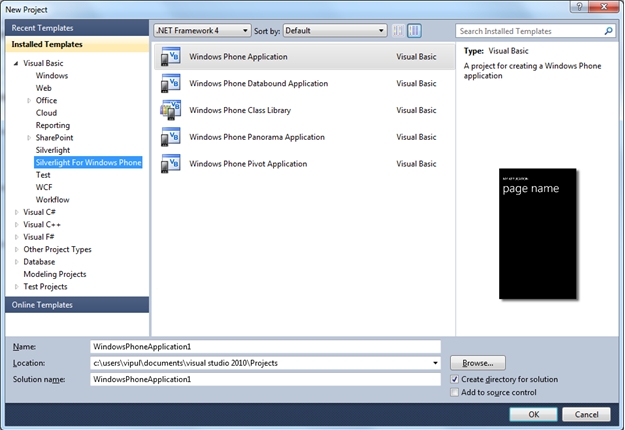 Here we notice that there are 5 different templates for WP applications.

Let us understand the purpose of each:

For our case, we will create a simple WP application called WPVBDemo.

Let us create a simple VB application which adds a couple of numbers. How exciting?

Let’s give our application a highly evolved name called the “My Magnificent Calculator”
After you are done designing the application, the XAML should look something like this. 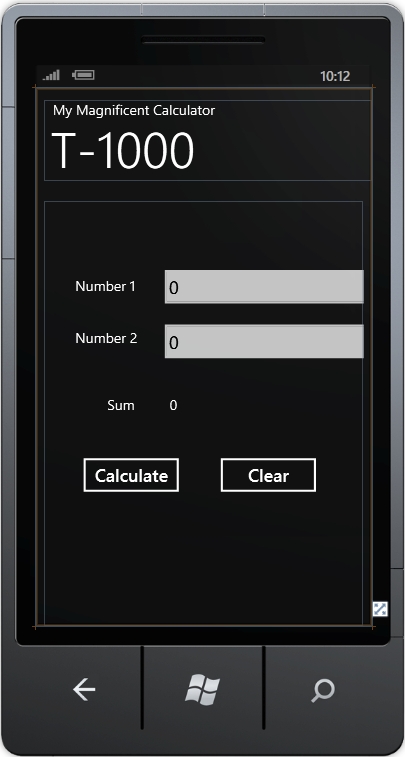 Now, let us go about wiring the events when you do some actions on the application.

Similarly for the Clear button, we need to ensure that we clear up the contents of the textboxes.

The code for the Clear Click Event handler is below:

If all is well and you don’t get any compile errors you will see the application running on the Windows Phone 7 emulator. Enter “4” and “6” in the two text boxes and click “Calculate” to see our application perform the complex operation of adding two numbers.

If you run into issues writing code, you can check the code snippet available for download as an accessory to this article which contains the code you need to run the application.