In gaming, more so than any other programming regime, it is important to specify the platform correctly from the start. Will you support Windows, Linux, and OS X? Indeed, many people would cite the revolutionary Quake game written for OpenGL in 1996 as the granddaddy of game platforms. However, to reach Quake-level gameplay standards you will also need world-class audio support, network connectivity, user-input device support, and real-time management capabilities, just to name a few… The solution to both problems, cross-platform support and the extras that make a game exciting, is Simple DirectMedia Layer (SDL). This is a cross-platform multimedia library designed to provide low-level access to audio, keyboard, mouse, joystick, OpenGL, and 2D video framebuffer. SDML supports almost every platform I can think of, including Linux, Windows, all MacOs variants, WinCE, Dreamcast, and others. Because it is distributed on GNU LGPL v2, you can use SDL freely in commercial programs as long as you link with the supplied DLL.

SDML shows up in MPEG players, hardware emulators, and many popular games, including the award winning Linux port of Civilization: Call To Power. SDML is written in C, but works with C++ natively, and has bindings to several other languages, including Ada, Eiffel, Java, Lua, ML, Perl, PHP, Pike, Python, and Ruby. The sky is the limit with SDL, which is the engine for my favorite Open Source flight simulator GL-117. In fact, there are now 568 games built on top of the SDL engine (of which 450 can build Win32 executables) registered on the SDML homepage. 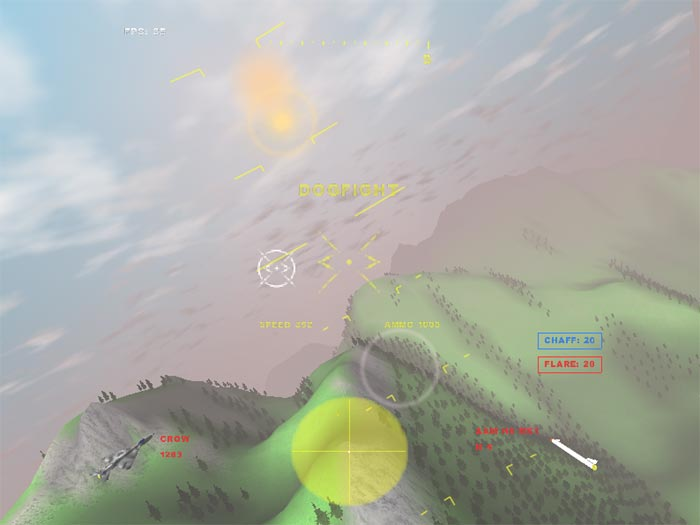 ALIENS in Your Midst!

The best way to get inside a game engine is to look at some sample code. This time, you’re going inside a 1980s Space Invaders clone game by Sam Lantinga, called simply aliens. Remarkably, the complete game source code is only 560 lines of code! I wish I could lay out the entire thing in this article, but it exceeds my boundaries just a little. Instead, I will focus with laser-like intensity on the specifics that matter the most and ignore bits which are rote or repetitious. [I’ll be using line numbers from aliens.c if you want to follow along in Visual Studio.] 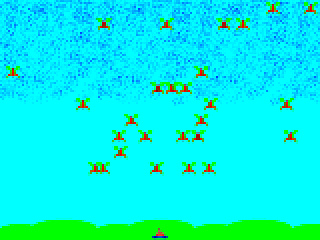 The first thing to notice is that “aliens” leverages code from two other SDL projects to help get the job done: SDL_mixer and SDL_image. SDL_mixer is a platform-independent sound mixing library plug-in for SDL apps. It allows your apps to play multiple samples along with music without having to code a mixing algorithm. For example, you would use this to allow gunfire noises to seamlessly mix into background music. It also simplifies loading and playing samples and music from all sorts of file formats. SDL_image is a platform-independent graphics loading plug-in for SDL apps. It allows your apps to read BMP, PNM (PPM/PGM/PBM), XPM, LBM, PCX, GIF, JPEG, PNG, TGA, and TIFF format files. So, be sure to download both packages if you want to follow along!