With businesses clamoring for the ability to manage complex content
repositories and community interactions over the Web, the prospect of
creating custom solutions from scratch is becoming increasingly
unpalatable. Developers are instead opting to leave content
management’s often gory implementational details to an enterprise
content management system, using the time and effort saved to customize
and extend these systems for the business’ specific needs. Over much of
the last decade, millions of .NET-oriented organizations around the
globe have turned to DotNetNuke for their content management needs.

Its origins intertwined with the 2002 ASP.NET 1.0 release, DotNetNuke
has since become one of the world’s most popular .NET oriented open
source projects, and by far the most popular .NET-driven content
management solution. Capable of being immediately deployed upon
installation makes DotNetNuke an ideal choice for small organizations
seeking a solution requiring little overhead, yet its ability to scale
and extensible architecture prove it an attractive choice for global
corporations such as Midas, Pier 1 Imports, and Marriott. Read on to learn more about what DotNetNuke has to offer. 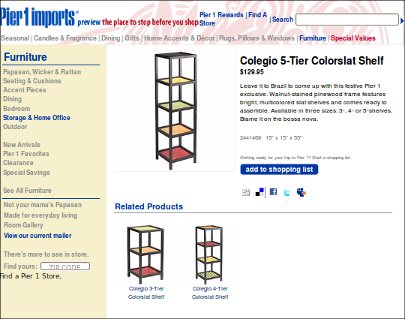 In addition to the key features one has come to expect of an
enterprise-level content management solution, DotNetNuke excels in
several crucial areas. Recognizing that most website’s share a common
set of requirements in regards to managing content such as images,
video, and news, DotNetNuke provides a turnkey solution for quickly and
easily building a website capable of managing the most typical content
formats. At the same time, recognizing that users often need to go
beyond this common set of requirements, DotNetNuke helps organizations
fine tune their sites to specific needs by providing an extensible
architecture which allows the platform to be extended in myriad ways.
This ability has prompted the release of thousands of extensions
capable of managing and publishing content such as calendars,
advertising, maps, help desk tickets, and much more.

If like me you’re similarly design challenged, DotNetNuke makes it
easy to update the site layout and design using any of the thousands of
third-party themes available both for free and commercially. Browse the
more than 2,300 skins showcased at the DotNetNuke modules repository Snowcovered for an idea of what’s possible.

The global reach of Microsoft’s .NET technology hasn’t been lost on
DotNetNuke, with users around the world having contributed more than 40 language packs to the project.

Unfortunately, no pricing information is made available through the
DotNetNuke website for the Professional, Elite, and Elite Premier
editions, meaning you’ll need to contact the company to learn more.

The Future of DotNetNuke

Proving that longterm success in the software industry often hinges
on one’s ability to change with the times, the DotNetNuke development
team has been going through a rather significant transformation in
recent months. In 2009 the team moved to a monthly release schedule in
an effort to provide customers with much more rigorous and regular
stream of project updates and bug fixes. You can learn more about these
efforts in a blog post written by DotNetNuke Corporation co-founder Joe Brinkman.

In late 2009, users were granted access to the very latest development versions via a CodePlex-hosted repository (read more about this decision here).

Version 5.3.0 is slated for release in March, 2010, and will include
several new features including the ability to more effectively manage
sitemaps and taxonomies, and wrappers for several popular Telerik controls. You can download the 5.3.0 beta release at the project’s CodePlex website.

A demonstration version of DotNetNuke which allows you to build an example website is available through DotNetNuke.com.
Unfortunately the demo site is not available on demand, requiring you
to complete a brief contact form. After completing the form, a link to
your demo site will be provided within 24-48 hours.

Of course, there’s nothing preventing you from simply downloading
and installing the latest version of the community edition! Head on
over to the DotNetNuke CodePlex Project Website
to download a copy. There you can also browse 30 related open source
projects capable of extending DotNetNuke in a variety of interesting
ways, such as DotNetNuke Blog, which integrates a suite of blogging features into a DotNetNuke website. Also consider checking out SnowCovered and the DotNetNuke Forge, which together provide links to additional modules, skins, and other extensions.

DotNetNuke is a rare software project possessing both a storied past
and a bright future, driven by a development team who seems as excited
about the project today as they were when it was founded almost a
decade ago. If you’re a .NET developer in search of a powerful content
management solution, I’d suggest you begin your exploration at the DotNetNuke website.
as it may be the first and last stop in your voyage. If you’ve already
deployed a DotNetNuke-powered website, tell me about it in the
comments!