Cloud Computing is an infrastructure that enables you to develop and deploy your applications in the cloud, i.e., in remote servers. The most important benefits of using Cloud Computing Infrastructure include the following: reduced cost, scalability, flexibility and efficiency. Microsoft’s Windows Azure platform is the Operating System for the Cloud and comprises a group of cloud technologies with each of them providing a specific set of services. This article presents an overview of cloud computing, its benefits and then discusses how you can develop cloud applications using Microsoft Visual Studio 2010.

To use the code examples illustrated in this article, you should have the following installed in your system:

What is Cloud Computing?

Cloud Computing is a buzzword these days. It may be defined as a phenomenon that promises to increase business agility by increasing the velocity with which applications are deployed and lowering the costs. Note that Cloud Computing is not a technology revolution. Rather, it is a business and process evolution. The Windows Azure platform is Microsoft’s Cloud Computing Framework that provides a wide range of Internet services that are consumable from both on-premises environments and even the internet.

The Microsoft Windows Azure Services platform provides you the hosting platform and the necessary tools to develop applications that can reside in the cloud. It comprises of the following components:

To create you first Cloud Service in Microsoft Visual Studio, follow these steps: 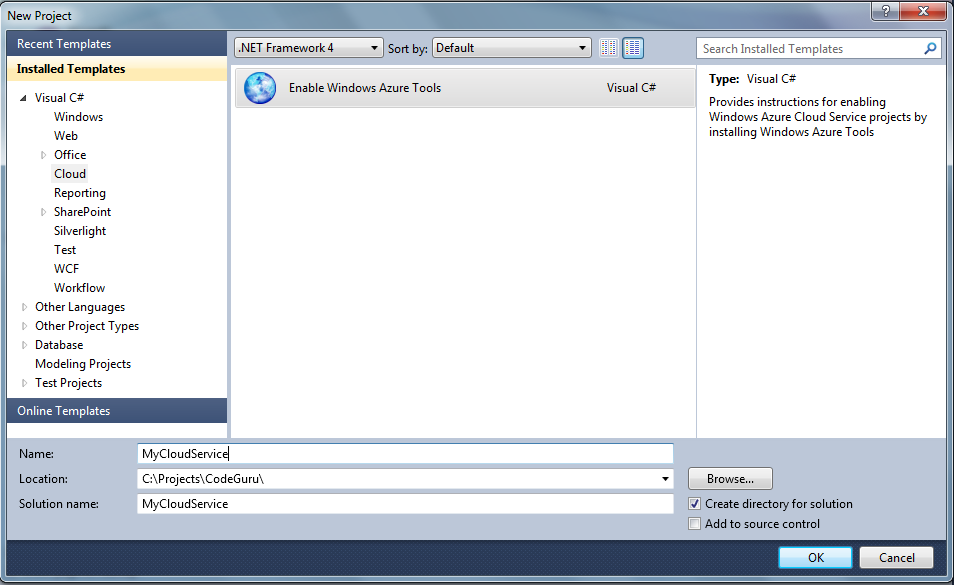