As mentioned previously, the ADO.NET Entity Framework was made available as part of Microsoft Visual Studio 2008 SP1 update. Updating VS 2008 to SP1 will enable the use of the ADO.NET Entity Framework as well as numerous other valuable enhancements. SQL Server CE can be downloaded (if not already installed as part of your Visual Studio SP1 installation) from the Microsoft Download Center.

Open up Visual Studio 2008 SP1 and create a new Windows Forms project. On the form, add the following controls:


When finished your forms should look similar to the one captured in the screen shot below. 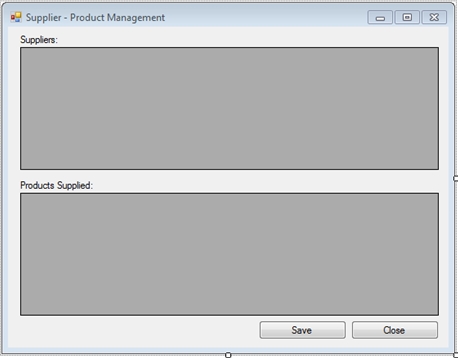 How to work with Object Pooling in C#

How to work with Object Pooling in C#