Overall, ASP.NET is one
of the most popular web application frameworks along with
PHP, Java and others. However, the classic ASP.NET WebForms style of
application development also has its limitations. For
instance, cleanly separating the user interface from the
application logic and database access can be a challenge in
WebForms applications. Thus, Microsoft created ASP.NET MVC.
MVC stands for Model View Controller.

The ASP.NET MVC technology has already been introduced
earlier (see the Resources section at the end of this
article), and thus this article focuses on the new and
improved features planned for .NET Framework version 4.0
that should become available in Spring, 2010. Originally
Microsoft announced Visual Studio 2010 would launch on March
22nd, 2010, but most recent announcements indicate delays.
As far as version numbers are concerned, the next version of
ASP.NET MVC will be assigned the version number 2.0. In this
article, you will learn what’s new and improved in the
newest Release Candidate (RC) version of ASP.NET MVC 2. At
the time of this writing (late December, 2009) the latest
beta version of Visual Studio 2010 is Beta 2, and it doesn’t
yet come with the ASP.NET MVC 2 RC. The unfortunate thing is
that if you are using Visual Studio 2010 Beta 2, you cannot
yet test MVC 2 RC with that version (you can naturally
continue to use the older Beta 2 version). Instead, you must
test the MVC 2 RC on Visual Studio 2008 SP1.

Of course, the final versions of ASP.NET MVC 2 are
planned to work with both Visual Studio 2008 and 2010, so
the current is only an interim situation .

ASP.NET MVC 2 is an evolutional update to the framework.
The basic features of the original version 1.0 are intact,
but new features make development easier and result in
cleaner code. The following list summarizes the key new
features:


Let’s walk through each of these in more detail, starting
from the top. In MVC 1.0, each view page was thought of as
being a separate unit, and served to the browser as a single
unit, possibly combined with a master page. However, if you
wanted to combine, say, two views into a single page, you
either had to manually render one of the pages or create a
user control (.ascx) from one of the views, and then use
that control inside the main view page. Although user
controls are a fine solution, they break out of the MVC
pattern.

In MVC 2, you can utilize so-called areas to solve the
problem (Figure 1). With area support, you can combine
different view pages into a single, larger view similar to
the way you can build master pages (.master) and designate
parts of them to be filled with content at run-time. It is
possible to combine areas into views both inside a single
MVC web project (“intra-project areas”), or combine areas in
different projects into views (“inter-project areas”),
accessible through direct URLs in the same scope. 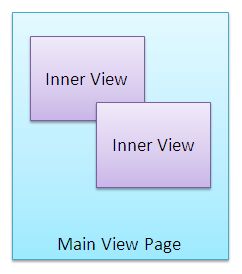 Figure 1. Areas can be used to created complex views.

The following paragraphs walk you through using areas
inside a single project. If you wanted to combine multiple
MVC web projects into a single larger application, you would
need to manually edit the .csproj project files of each
project part of the overall solution (the edits you need to
do are documented in the .csproj XML comments), add proper
project references from the child projects to the master
project, and then register routes using the MapAreaRoute
method of the Routes object in the Global.asax file. In this
article, focus is on single-project area support.

To get started with the areas, right-click your project’s
main node in Solution Explorer, and select the Add/Area
command from the popup menu. This will open a dialog box
asking for the name of your new area (Figure 2). Unlike with
controller names, you don’t need to append the word “Area”
to the name, but you can if you prefer. However, bear in
mind that intra-project areas will be accessed using the
default route of /areaname/controllername/action/id. Because
of this, you might not want to suffix the word “Area”. In
this article however, the word “Area” is appended for
clarity.

Figure 2. When adding an area, you must give it a name.

Once you have created your area, Visual Studio will add a
new folder called “Areas” in your project (Figure 3). This
folder will contain a sub-folder with the name of your area,
and inside that you will see a familiar layout of folders
for controllers, views and models. In fact, you would add
controllers, views and models to this area folder just the
same as you would add them to your “master” MVC project. All
in all, an area is like a mini MVC application inside
another. Note also the AreaRegistration.cs code
file. This file’s definitions are referenced to from the
Global.asax.cs file. 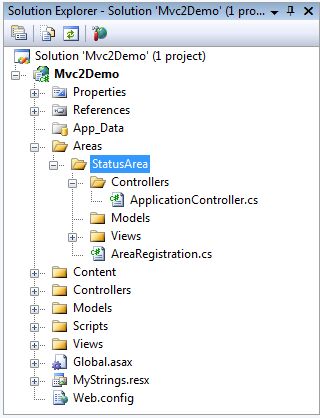 Figure 3. Areas occupy their own folder inside your project.

Areas can be used in multiple ways. Because they are
directly accessible using the previously mentioned default
route, you can utilize them like any other link inside your
application. Or, if you had an area controller action that
would return a snippet of HTML code to be used inside a
larger HTML page (a normal view page), you could use the
HtmlHelper.RenderAction method as follows:

Notice how there’s an anonymous object being used to
specify which area you want to use. Because areas can be
completely independent of the master project, you can easily
create usable parts or building blocks from your MVC
applications and then combine them into larger
solutions.

Area support is a very welcome addition to the framework.
Luckily to us developers, area support is by no means the
only new feature in ASP.NET MVC 2, like the next sections
show.

When you need to handle form posts in your MVC
applications, you generally write a new, overloaded
controller action method to process the submitted data, and
store it for example in a database. Since you only want
these methods to be called using the HTTP protocol POST
verb, you add an attribute at the beginning of the method
like this:


Although there’s nothing wrong in the
AcceptVerbs attribute, ASP.NET MVC 2 allows you
to achieve the same thing with a shorter attribute
declaration:


Even though this is a small improvement, it is very
likely that all MVC developers give it a warm welcome.
Another useful new improvement is the support for
automatically encoded output tags in view pages. Strictly
speaking, this is not a new ASP.NET MVC feature, but instead
a feature in ASP.NET 4.0. Even so, this new tag type is
especially useful in MVC applications.

To illustrate the new tag, consider the following very
common need to encode output for HTML:


This is a very simple tag, and works well in many
situations. However, if the customer name were to contain
certain special characters, you would need to encode the
output to avoid user interface mess-ups and cross-site
scripting attacks. A straightforward MVC method would do the
trick:


All these ways to encode output are not inconvenient, but
a shorter syntax would be great. This is what the nifty new
“code block” tag does:


Notice the colon (:) immediately after the opening tag.
It is a new way to encode output. The old equal sign syntax
(which itself is a shortcut for Response.Write)
is not going away. You can continue to use the old way, but
the colon-syntax encoding is there to make the view page
syntax cleaner.

Note that at this writing, you cannot use ASP.NET MVC 2
RC within Visual Studio 2010 Beta 2. Thus, you cannot
effectively use this combination to test these code block
tags, but you can test them in regular ASP.NET 4.0
applications (or with the older MVC Beta 2).

If you have used ASP.NET MVC 1.0, then you’ve most
probably also created a model object and enabled editing of
its details with HTML code similar to the following:


Although this is fine for many purposes, the problem is
that you still have to enter a string constant. Because it
is a string, the compiler will not complain if you later
change the property name in the model class, but forget to
change the HTML tag. Also, the syntax is somewhat verbose
(at least to some developers), and requires you to manually
create one field per model object property.

In ASP.NET MVC 2, you can use the new
TextBoxFor method. Just like the previous
HtmlHelper methods like Label,
ListBox, and so on, there are now multiple
*For methods that all accept a lambda
expression returning the correct object value.

Thus, to create a new editing control for the Name
property, you could write code like this:


Here, the lambda expression parameter “c” is replaced at
runtime with the model object instance, and in addition to
getting rid of the string value, you will get full
IntelliSense support just like before with the model
object.

ASP.NET MVC 2 also brings support for a convenient way to
create editing forms for complex objects quickly. For
instance, if you had a model object with three fields, you
could either manually create labels and text boxes for each
of the three fields, or use a new extension method called
EditorForModel. This method will create form fields for each
visible property in the model:


This method is really convenient, if you don’t have
special formatting requirements for your editing forms.