For example: We want to install an INI file that is located under: C:\Program Files\MyProgram\Ini Files.

What happens if we want to generate an installation, using the same INI file, but taken from other location on the local machine? We would have to enter WISE and manually change the file by selecting it from the new location and compile.

It’s easy when there is only one file, but what happens if we have hundreds of files like that?

The example is relevant for developers who develop on a multiple projects environment: We have three projects: AAA, BBB, and CCC. All have the same installations, using the same files, taken from different locations:

The DLLs and EXEs of project AAA are saved under C:\VssWorkingFolder\Projects\Release\AAA.

The DLLs and EXEs of project BBB are saved under C:\VssWorkingFolder\Projects\Release\BBB.

The DLLs and EXEs of project CCC are saved under C:\VssWorkingFolder\Projects\Release\CCC.

Using the manual way, we will have to change the WISE script manually (change the path of all the files) for each project and compile it.

This article shows you an easier way: 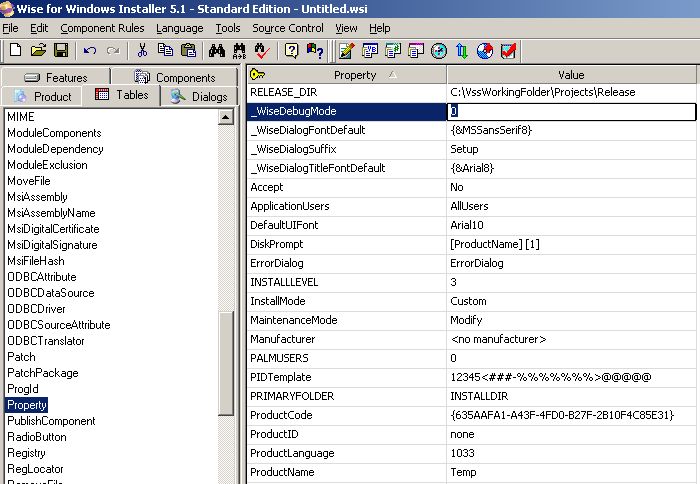 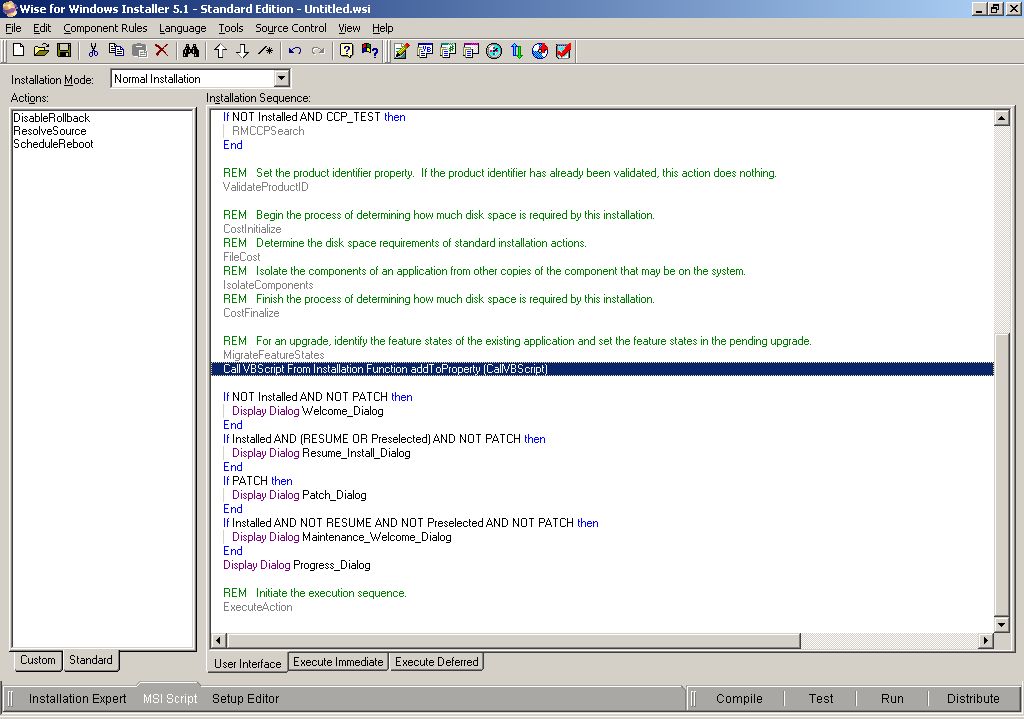 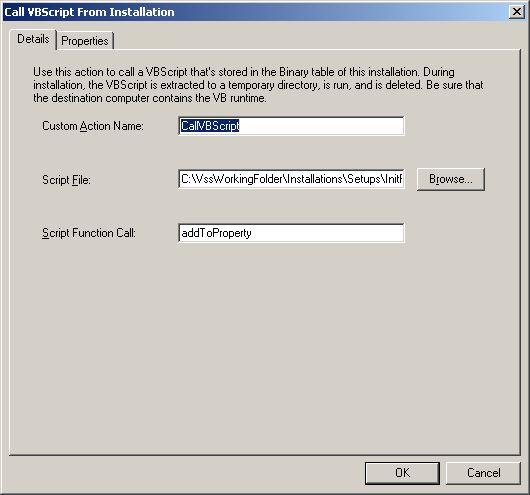 For ‘Script Function Call: enter the name of the function, as written in the VBScript: UpdateProperty. 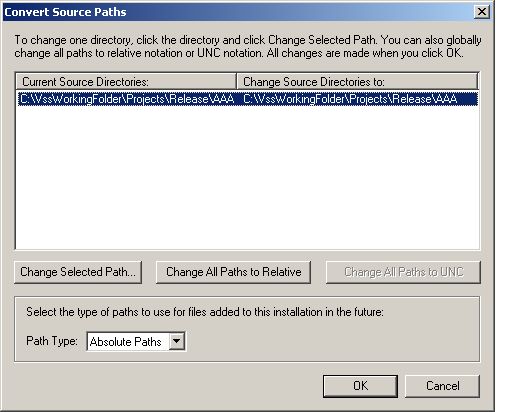 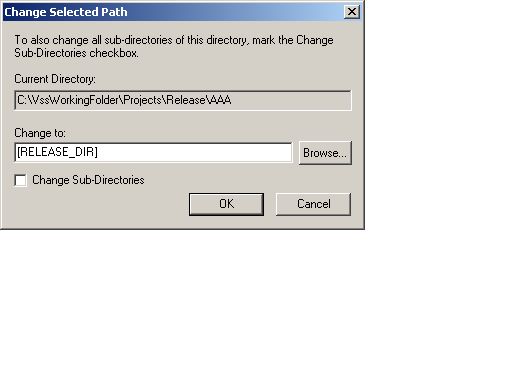 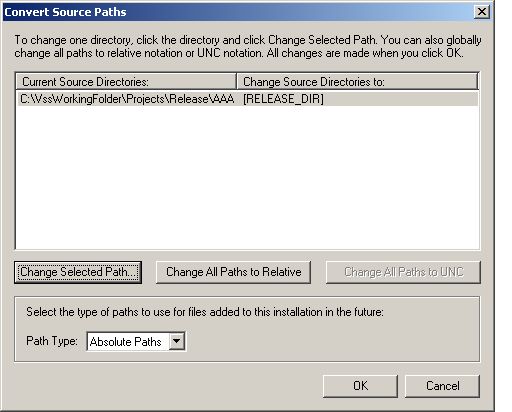 That way, you need to change in only one location. Don’t forget to compile the WISE script after changing the VBScript.