First, you should attempt to remove the expensive integer to float conversion through rearrangement. Below is the original BLENDFUNCTION formula in MSDN.

As shown below, the subtraction is executed to invert the alpha first, before the division by 255.0.

Since both divisions are the same (both are divided by 255), they can be grouped together as shown below. In that case, one division has been eliminated.

As a further optimization, since 255 is close to 256, the division could be replaced by 255 with shift to the right by 8 as shown below. Of course, this optimization would sacrifice some accuracy, for alphablend operations, this is okay. 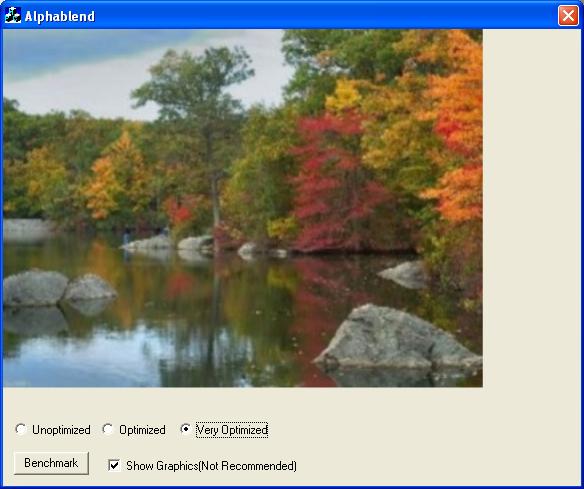 The results for a release build on my machine, are as follows

Read more
Previous article.NET Tip: Are Your Computers Up and Running? Are You Sure?
Next articleGood Old OOA, OOD, OOP Techniques are Economically Sound