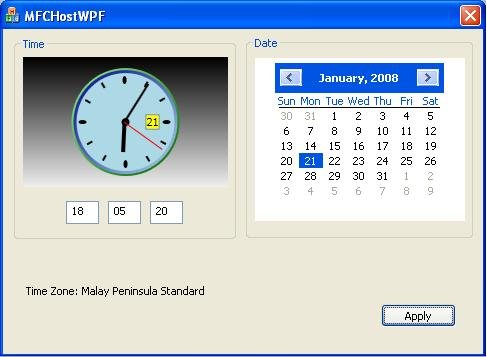 To build and run the demo program, the following components must be installed:

The .NET Framework 3.0 supported only in the following platforms:

If you are a C++ developer and want to use WPF as an add-on to enhance the graphical UI of your existing Win32/MFC applications, this article is written for you. To get the most out from this article, you should be familiar with VC++/CLi, MFC, XAML, and C#. But, if you don’t know C# or XAML, you can still proceed just by referencing the generated DLL and make use of it in your MFC application.

WPF APIs are managed code, but most existing Win32/MFC programs are coded in unmanaged C++. Conventionally, WPF APIs cannot be called from a true unmanaged program. However, by using the /clr option with the VC++ compiler, you can create a mixed managed-unmanaged program where you can mix managed and unmanaged API calls seamlessly.

One thing to note is that you are not allowed to compile XAML files into a C++ project. So, you have the following options to handle this.

This article will use the first approach.

There are two basic techniques for interoperation between WPF and Win32/MFC code:

This article will be based on the first technique.

Those are all the basic ground rules you should know; it’d time to get to the code. Here, I will show you WPF content created in XAML and C#, and the generated DLL will be referenced in VC++.

The idea is to create a simple Date & Time setting tool with the animated clock part implemented as a WPF content. The rest of the program still will be coded in MFC.

This demo program is constructed by two parts; one is MFCHostWPF (coded in VC++/MFC) and the other is WPFcontrols (coded in XAML and C#). The MFCHostWPF project will take the DLL generated by WPFcontrols project as an external reference. 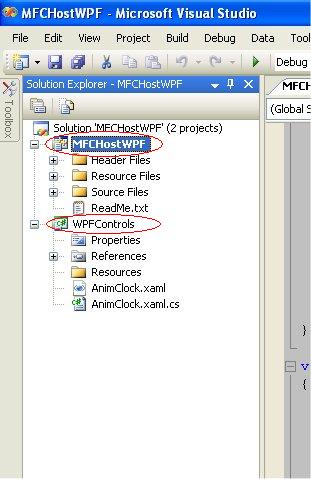 Adding WPF as a Reference Library in an MFC Project 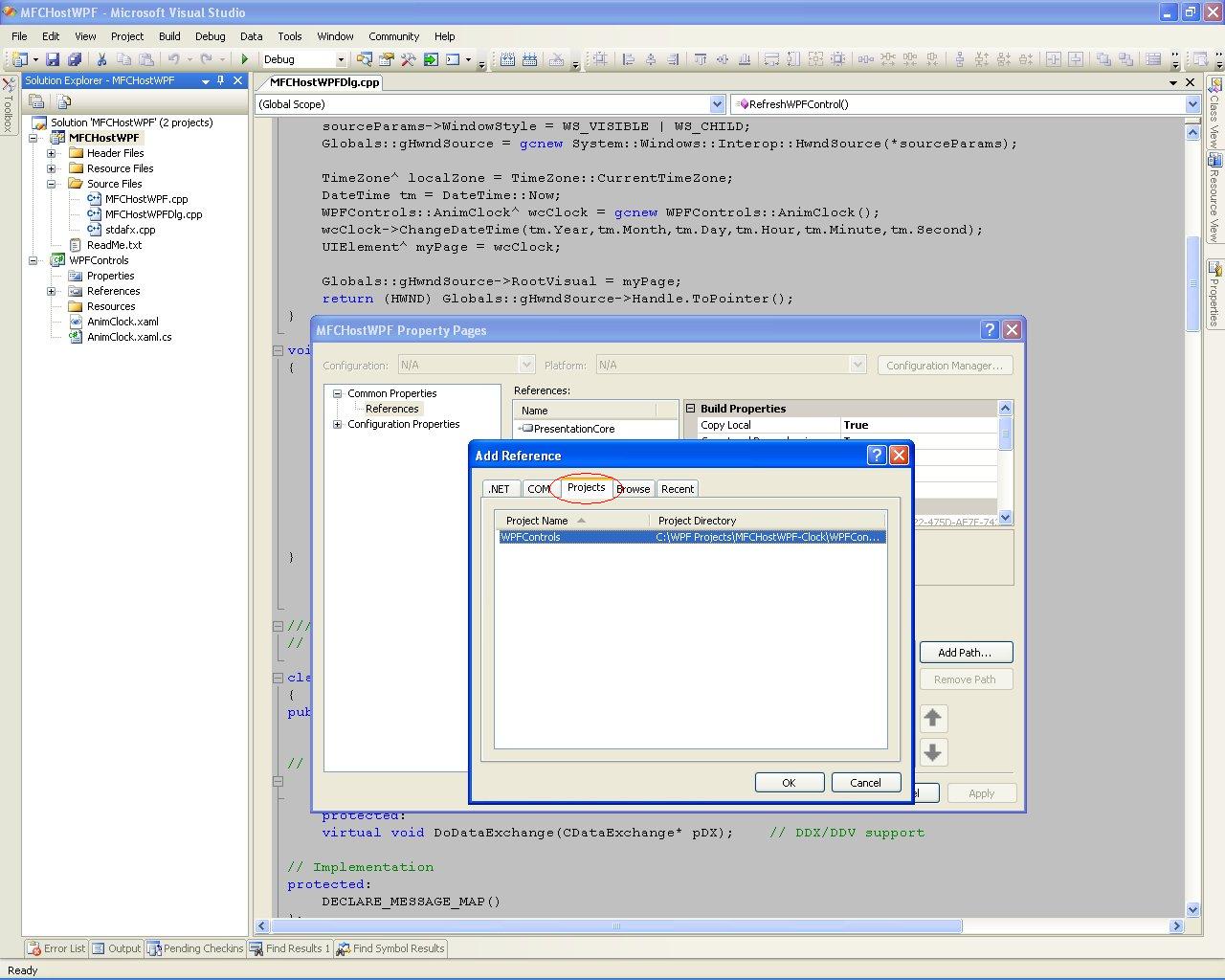 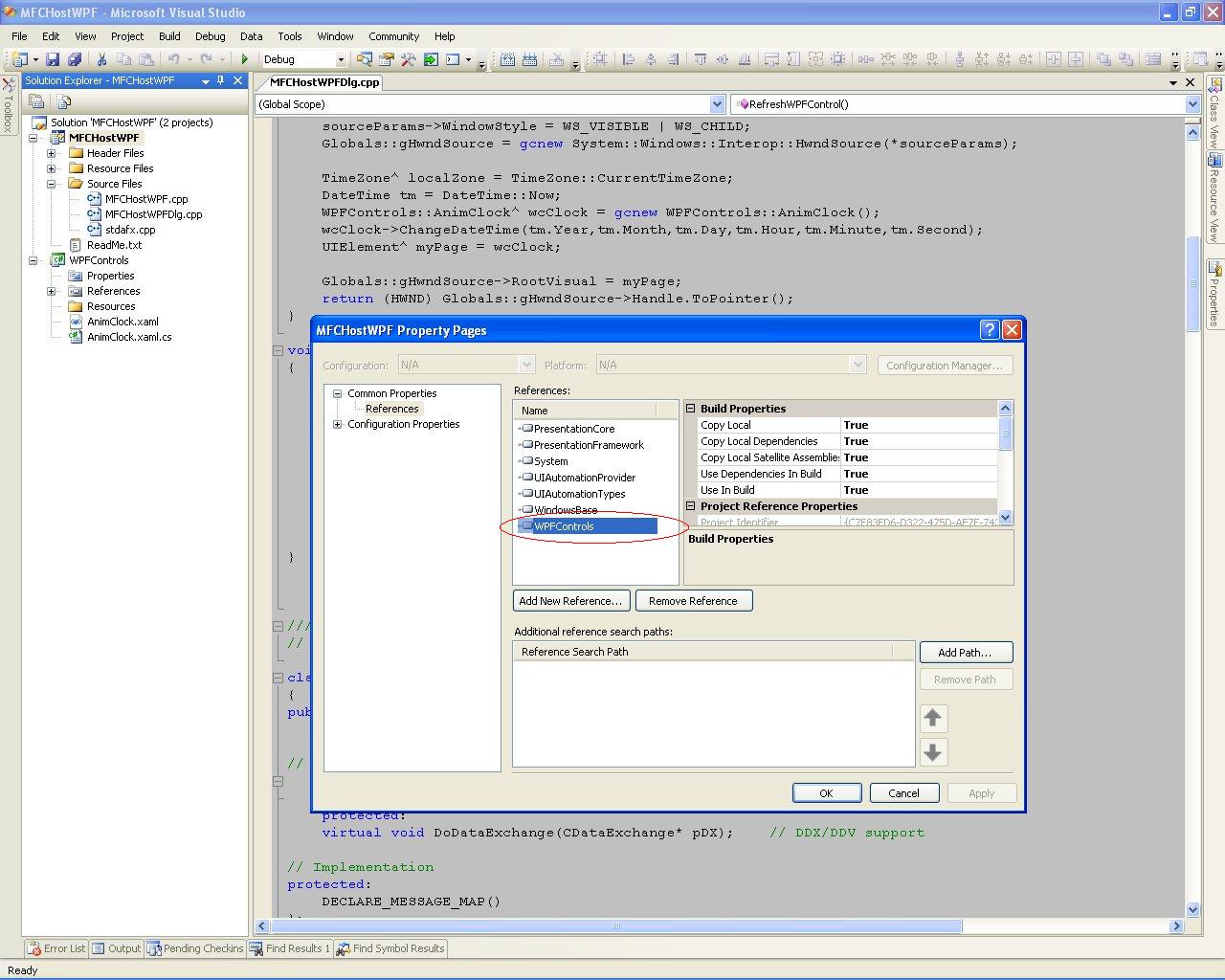 Read more
Previous articleHow to Create a Custom XSL Map for Use in BizTalk 2006
Next articleExporting .NET DLLs with Visual Studio 2005 to be Consumed by Native Applications