In C++, the “<<” operator is used to redirect to the standard input-output object. During redirection, the “\n” definition is used to jump to the beginning of the next line after a line is printed. The word “cin” is used together with the “>>” operator when entering data from the keyboard.

In order to be able to allow for input and output, the iostream file containing the relevant libraries must be included in the program, as shown below:

In the following section, we will learn about some of the different C++ operators and how to use them. We begin with the assignment operator, which is represented by the equal sign or =.

The = operator is used when assigning any value to a variable. Here is an example of how to use the assignment operator = in C++:

Operators used for performing mathematical operations in C++ are known as arithmetic operators. These operators work – mostly – in the same way that the math operators you learned in school work. For example, the + operator – or addition operator – is used to add two or more numbers to one another.

The C++ arithmetic operators include:

Below is a list of examples showing how to use the various mathematical operators C++ has to offer. Feel free to try the code our in your integrated development environment (IDE) or code editor to better understand their use:

Running this code results in the following output:

Here is an example of how to use the C++ multiplication * operator to find the area of a circle:

This code results in the following output:

This code example shows how to use multiple C++ mathematical operators:

Once more, the output of running this code is:

As we all know from mathematics, when the first number is divided by the second number, the remainder is the mod value. When you want to return the modulo – or remainder of a division – in C++, you can do so in the following manner:

The above code sample results in the following output when you run it in your code editor or IDE:

Increment and Decrease Operators in C++

The ++ operator increments the value of the adjacent variable by one; the — operator decrements it by one. The meaning of these operators changes if they are placed to the left or right of the variable.

The following example show what happens if we use the increment ++ operator to the left of the variable:

The increment operator first increments the value of b by one and then assigns it to the variable a. In this situation, the value of the a and b variables will be the same.

On the other hand, if we use the increment operator to the right of the variable, as in this example:

Let’s summarize the use of the increment and decrement operators in a table: 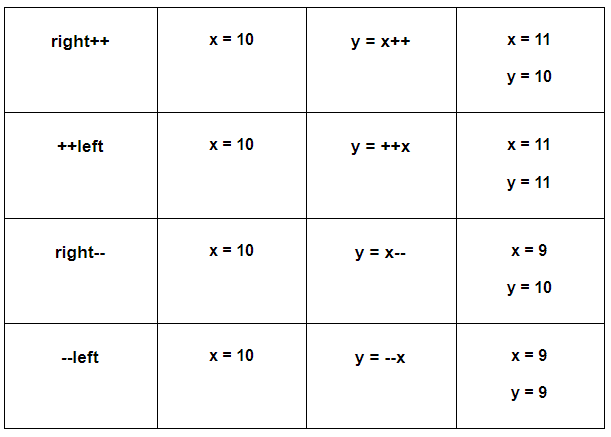 Here are some examples further showing how to use increment and decrement operators in C++:

Again, the result of running this code results in the follow output:

Running this code in your code editor results in:

In C++, some arithmetic operations can also be expressed in a different form, known as abbreviated. 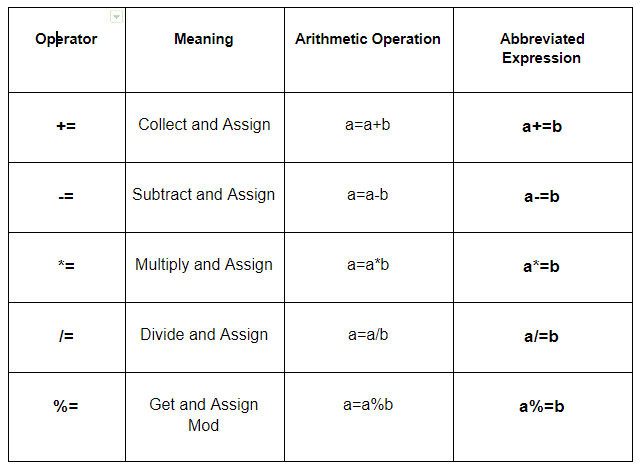 Here is a list of the available comparison operators in C++:

Here is the output of this code:

Here is the output of this example:

As you probably know, 0’s represent “not true” and 1’s represent “true”. Using the bool method, we are able to achieve these results. 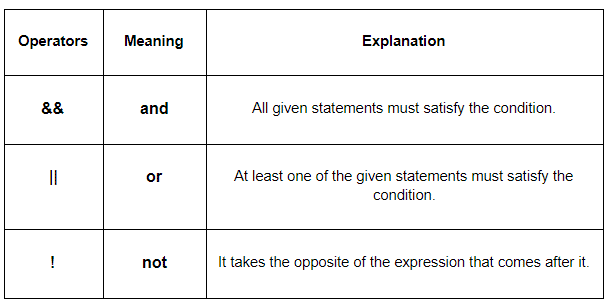 Below you will find some programming examples of C++ logical operators.

The result of this code? See below:

The special ternary operator performs in the same manner as the if structure. Its usage is as follows:

Here is an example of the ternary operator in C++ being used:

This code results in the following output:

Priority Order of Transactions and Order of Precedence

Operations with the same priority are in order of priority from left to right.

You can examine the table below for the order of priority: 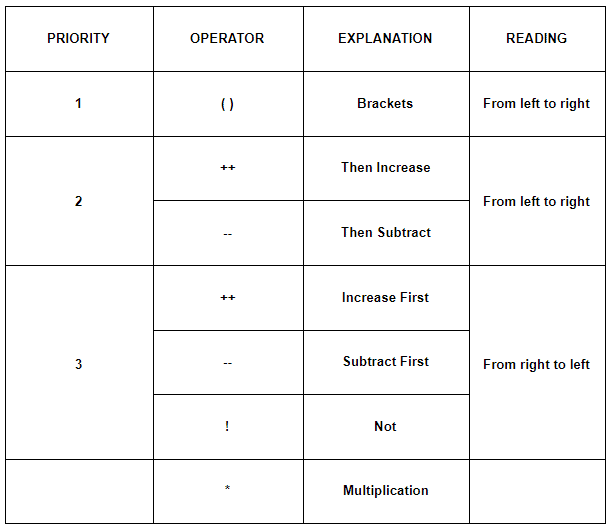 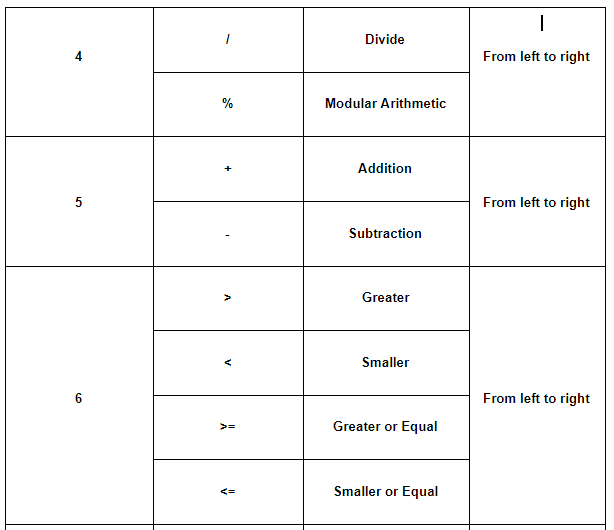 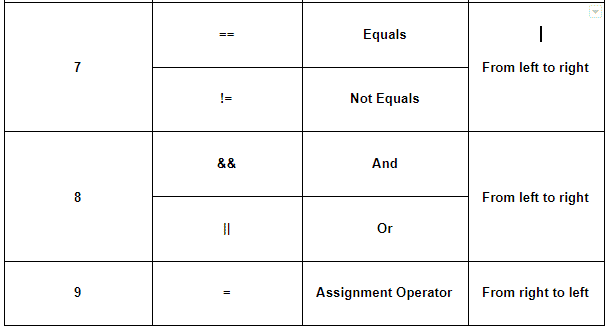 You learned about operator operations and how they are used in C++. Based on the practices we provide, you can code your own simple programs, so you will repeat and learn the subject better. Please do not try to memorize them. This will both delay your learning and cause confusion. Instead, try to practice by writing a lot of software projects and C++ code.