There are two version of PianoTime for Windows 8 – a successful title from a Colorado publisher. The free version sponsored by ads, and the $3.48 ad free version. Do people purchase their way out of ads? Yes, they do. Do most people. No, they don’t. So, is it worth it?

Freemium is a booming business model for apps. Because of digital production, product copies can be given away. They are done so without an expectation that all or most users will buy. Instead, a single-digit percentage will purchase. But, the wealth of free functionality drives market penetration. As a result, that small percentage surpasses traditional pay-for-what-you-get purchase.

For example, a durable consumer purchase is the ad-free version. Similarly, an in-app purchase hiding ads is the same. Both provide users the full fidelity of an app. They can use it. They can love it. They can rely on it. All for free. Market penetration grows. Respect for the app and annoyance around ads are the purchase motivators. The percentage is small, but the number is large. 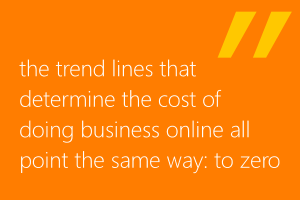 The rise of "freeconomics" is being driven by the underlying technologies that power the Web. Just as Moore's law dictates that a unit of processing power halves in price every 18 months, the price of bandwidth and storage is dropping even faster. Which is to say, the trend lines that determine the cost of doing business online all point the same way: to zero. – Wired

Let’s talk advertising. Yes, you can enable the in-app purchase to hide them, but do you want to? Advertising revenue is nothing to sneeze at. Many successful apps reap their income through advertising alone.  The user is playing your game, watching your video, or whatever – and in the corner, on the side, or intestinally an advertisement runs. They do nothing, you get paid.

Your app monetization strategy does not have to include advertising. But let’s assume it does. Get started by setting up your Microsoft Pubcenter account. Using the Microsoft Advertising SDK for Windows 8 or for Windows Phone your ads are ready to roll.

Advertising only pays when an ad is shown by your app. This is typically expressed in CPM (Cost per Thousand – where M means thousand), CPC (Cost per Click), or CPA (Cost per Action). Sometimes CTR (Click-Through Rate) and CVR (Ad Conversion) act as multipliers to payment revenue. One thing is for sure, advertisers love the TLA (Three-letter Acronym).

Perhaps the most important reality around advertising is that your app can only shows an ad when the advertising service provides you with one. Enter, Fill Rate.

As it turns out, no advertising service can truly promise a 100% fill rate - delivering reliable, steady revenue. Some services’ rates are better than others, but that changes based on month, phase of the moon, and dumb luck. So, counting on a single service is an option, but it might not be your best.

Enter, Ad Rotator – the most important control you may ever use. That is, if you care about making money.

“AdRotator is a multi-platform, multi-provider advertising delivery platform for apps and games. It enables you to target multiple ad platforms and switch between them in a flexible way, allowing maximizing of your ad revenue.”

Here’s how it works. You position Ad Rotator just like a standard advertisement in your app. When your app runs, it requests an ad from the first service in your list. If it receives an ad, it shows it. But, if the ad is not filled, it tries the second service in your list. Like before, should that fail to fill, it shows the third, then forth, then fifth in your list of advertising services. Should they all fail, it will show “in house” ads you produce that talk about your other apps, or your affiliates’.

What does this mean? 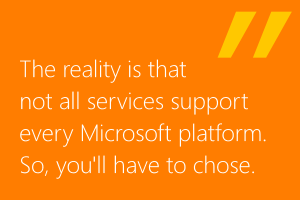 The reality is, not all of those advertising services support every Microsoft platform. Depending on your app, you’ll pick the relevant services. Once you have to advertising partners lined up, you setup the Ad Rotator with your developer keys – embed it in your app or host it on your server. The Ad Rotator does the rest for you.

Ad Rotator has several advanced features to help you get the most out of your advertising options. Once of the coolest is the ability to configure probabilities based on culture. The idea is this, in some cultures some advertising services work better. Once you have a grip on this, you can tune Ad Rotator to get the most likely advertisement faster, with fewer failures. For example:

The Freemium business model is real and it is awesome. In-app purchases can scale your revenue. But, advertisements are a great and complimentary monetize strategy, too. As long as advertisements are relevant to your revenue, than advertising services’ fill rates matter. A low Fill Rate means you don’t get served an ad. It happens with every service. In this case, means you don’t get paid. That sucks. So, how can you mitigate this reality? Easy. Leverage multiple advertising services and use Ad Rotator.

PS: WinJS support is in the works, too. Stay tuned.

This article was originally published on October 9th, 2013