Writing to the EventLog from a Web Application

When I was a young lad in college, I wrote undetectable viral hacks, keyboard sniffers, and collected more passwords than I care to count. (Thankfully, the statute of limitations—this was 20 years ago—has run out.) I never stole anything or wrecked anyone’s data, but I did encourage a young fellow to send roses to his girlfriend and hooked a football player, Napolean XXXXXXX (last name omitted), up on a blind date. I understand the allure of going and being places one isn’t allowed, but this crap makes life a pain in the butt for the rest of us.

I wonder whether you should hate hackers and those nitwits who tweak Trojans, so the rest of us have to keep sending money to McAfee?! I also wonder if maybe the sparring and jousting among programmers, Microsoft and hackers, and cyber thieves aren’t necessary to push the technology forward, at least as far as security is concerned, so we all are protected from worse—cyber terrorists. With the economy in the shape it’s in, an effective cyber terror attack could push the economy into the trash compactor and send normally sane people running for the bunker. The unfortunate net effect in my little community is like taking off my shoes at airport security—I have to re-learn how to do little things over.

Clearly mucking about in the Registry or event logs could be a hugely potential security risk, so this is just one of many areas where the wheel-of-torture that is security gets tightened down. If you have had any difficulties creating and using the event log for ASP.NET, this article should help you “learn” to do it right (again).

Writing to the EventLog

If you wanted to write to the EventLog, you can still create an instance of the EventLog and call WriteEntry. By default, your entry will be written to the Application log. If you wanted to create a new log source—a dictionary entry for your application—you could write code like that shown in Listing 1.

Listing 1: Code that tries to create an event source but is doomed to fail due to a lack of permissions to the Security log.

The code checks to see whether the source exists; if not, it creates it. The EventLog uses queuing (it might be DCOM, I don’t remember and it’s not important right now), but there can be a latency between doing things to the EventLog and those tasks actually completing. In short, this means that it is better to create an event source in advance of needing it.

The problem with the preceding code is that it won’t work. If you try to create or use a custom log, you are going to get a security exception (see Figure 1)—for sure under Windows Vista, Visual Studio 2008, and IIS 7 (and Cassini). I am not sure how many other back-combinations will cause this error; the point is that it’s going to be a challenge going forward. Worse, having searched the Web thoroughly, Google returns blogs and articles that instruct one to hack the Registry security permissions for EventLogs (bad idea and not a sustainable approach) or write a look that edits the Registry with code (also clumsy). The best approach is none of these.

Figure 1: A SecurityException if you invoke SourceExists, CreateEventSource, of WriteEntry and a particular EventLog source doesn’t exist.

To lead you to the solution—at least how I got there—think about these things:

What do these things tell you? That’s right. You need an installer for Registry changes. An installer is run by a separate application, InstallUtil.exe, that has the proper security permissions; InstallUtil needs to be run using Administrative privileges and isn’t deployed in your web application. So, besides being more work and frustrating for you and me, this approach will work and will frustrate the nefarious intentions of evil-doers—at least as far as the EventLog is concerned.

An installer is basically a DLL that contains a class that inherits from System.Configuration.Install.Installer, has the RunInstaller(True) attribute decorating the class, and some code that performs some kind of configuration. In this case, the “some code” is code that creates the event source needed for the web application demo (shown in Listing 1). To create the installer, create a separate class project file, add a reference to the System.Configuration.Install.dll to the project, and add the code in Listing 2.

Listing 2: An installer that creates an event source “MyApp” in the Application log.

After completing the steps, you should see output that looks something like the output in Figure 2. If there is a problem with your installer, it will be indicated in the console output. Take corrective action and re-try the installer using the numbered steps above. 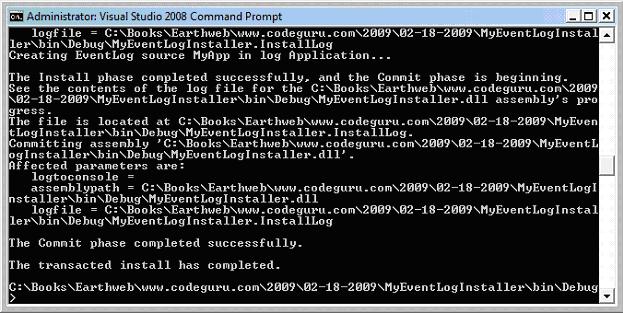 Figure 2: Console output from the installer.

Writing to the EventLog from a Web Application

You can write an event entry to the event log using the Application log and an existing source, but it is a common practice to isolate log entries by application-specific sources. The difficulty is that source names are stored in the Registry and have to be unique across logs. Hence, when you try to create an event source in a web application, the EventLog class will hang up on the Security log—it will check to see whether the source exists in the Security log.

Read more
Previous article“More than 500,000 developers have at least toyed with Silverlight”
Next articleTIP: Be Careful with Dummy Reference Arguments