A First Look at Batch Files

Before there was Windows, there were consoles. Of course, even with Windows, there is still a console mode. One thing that many newer developers might not realize is that there is a whole world of commands that can be used within the console world. Back in the old days, these commands often were used to create batch files that could manipulate the operating system and its programs.

Note: The phrase console mode is often referred to as command line mode or DOS mode.

Many people still use batch files today. In fact, many still write programs using the command line utility programs. This article is a brief introduction to just a couple of the commands available. You will, however, learn where to get more information.

Getting to the command line can be accomplished in a number of ways. The most consistent way is to go the Windows Start menu and select Run… From the Run dialog, you can enter cmd and click OK. Alternatively, you can enter Command. Either way, a console window will be opened. 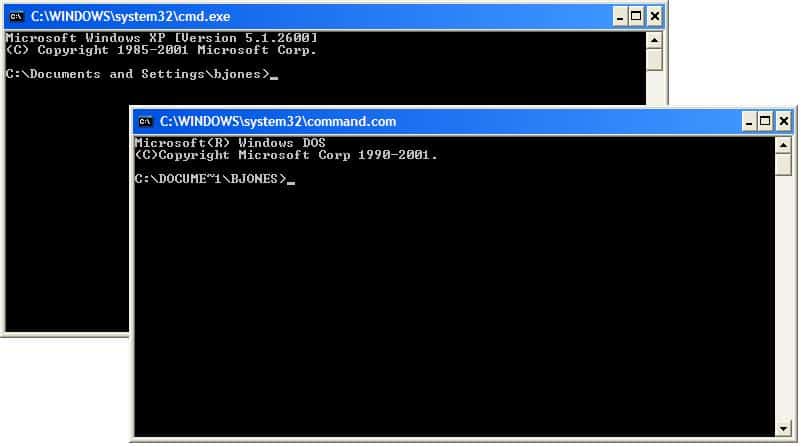 If you look at Figure 1, you’ll see console windows have been opened using both cmd and command. One of the benefit of cmd over command is that it recognizes the longer file names and directory structures in the more recent versions of Windows. Command is an older, DOS console that is restricted to the standard 8.3 file name scheme. As such, it is recommended that you use cmd.

Command line programs created using operating system commands are often called batch files. These files have extensions of BAT. A simple batch program to display information to the screen and wait for the user to hit a key is shown in Listing 1. 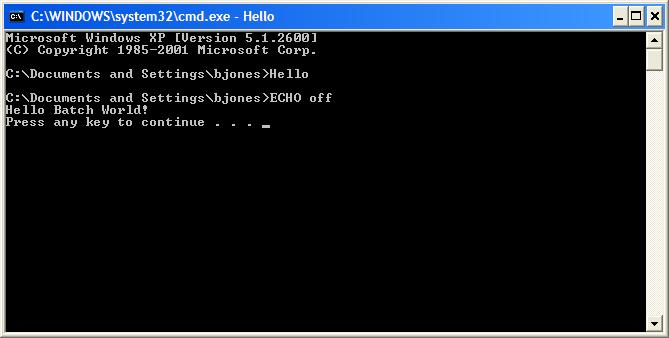 As you can see, it is extremely simple. The ECHO command is used to echo (display) information to the console window. You might wonder what the Echo Off command is in the first line of the program. If you remove that line and re-run the program, you’ll see a slightly different result, as shown in Figure 3. 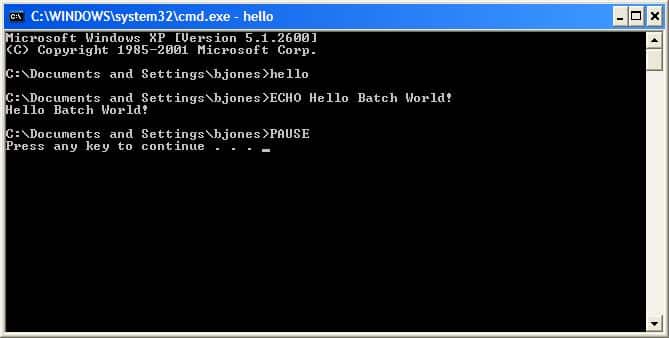 Figure 3: Running Hello.bat with Echo on

As you can see in Figure 3, with Echo left on, each command in the file is actually displayed prior to it being executed. In other words, each command is ‘echoed.’ For this reason, you’ll most likely want to turn Echo Off.

Although I’ve suggested using your own text editor, you also can use a command line text editor. This editor is called EDIT. At the command line, if you type EDIT and press enter, the EDIT editor will be opened. If you want to edit a file, you can type its name after Edit, so to edit the Hello.Bat file, you’d enter:

The result of this would be the Hello.bat file being opened in the EDIT editor as shown in Figure 4. If Hello.bat is not in the current directory, it is assumed you are creating a new file. 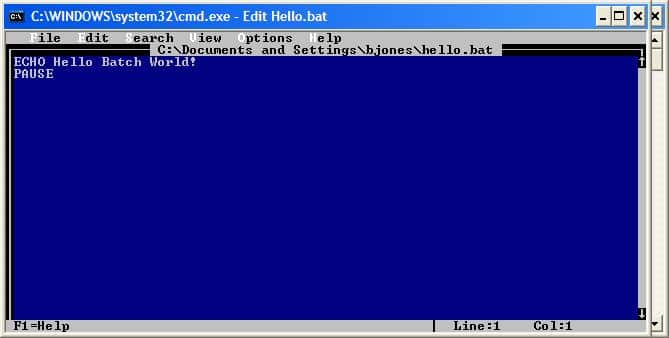 Figure 4: The EDIT Editor with Hello.bat

The Edit editor is not overly complex; however, it does provide a number of simple options. As you can see from Figure 4, unlike Notepad in Windows, Edit is completely character based. You can use the menus and Help to learn more about the editor.

Any of the commands within the command window can be put into a batch file. The list of commands available are:

This list and set of definitions can be found by simply typing HELP and pressing Enter while in the command window. To get more details on any of the commands, you can type HELP followed by the command.

I recommend caution if you are going to use these commands. If you do something such as deleting a file, the file is gone. The Windows Recycle Bin isn’t here to help you if you make a mistake.

Having said that, you can do a lot with the above commands and batch files. If you want more on what you can do and how to do it, leave a comment on this article. If enough people ask, I’ll write a series of articles on doing different ‘batch’ things!