Google Assistant SDK : Now for Raspberry Pi or Your Own Device

The Google Assistant functionality can be used as is, or you can extend it with your own actions. With the SDK, you’ll be able to tap into features such as adding voice control and natural language processing. By using the assistant code, you’ll be able to obtain audio (spoken responses) as well as text translations of voice commands. This means you will be able to send captured voice input from your solution that you can then send to the API to process.

Specifically, you will be able to have interactions with users by using Google Conversation Actions. These actions are invoked by the Google Assistant. In the actions, you’ll be able to build these actions to execute the code you want to occur. Using the API and Actions, you’ll be able to define the triggers for starting an action, the dialogues that can occur, and the execution (or fulfillment) that occurs when the trigger happens. This is all defined within the Conversation API. 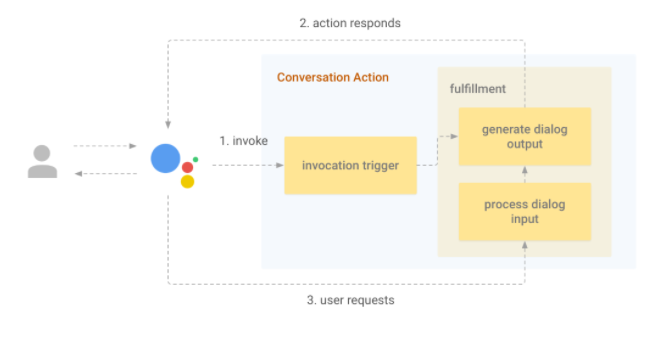 You can now develop Google Assistant into your solutions on a Raspberry Pi 3 as well as on some of the other Linux systems. Google has included a gRPC API, which is a Python open source client. You can find sample code on GitHub at https://github.com/googlesamples/assistant-sdk-python. The example code can help get you started. It provides code to tap into the Google Assistant Actions, including doing the necessary authentication.

The API is a developer preview (Alpha) at this time and is free to use in the development process. It does have a limit to the number of daily request that can be made. Additionally, this release appears to be focused primarily on Google Assistant Actions. Other features, such as Google Assistant Embedded are not available at this time.

The following video from Google is a bit of an ad, but it also does a good job of hitting some of the highlights of what can be done with the SDK.